Daughter stabs father to death because he called her ‘fat’ 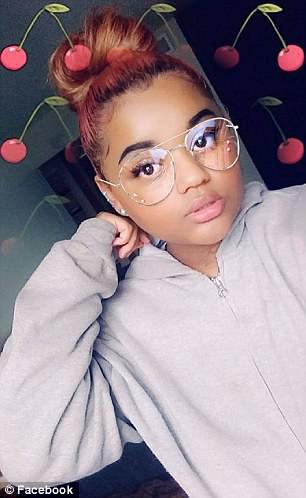 An 18-year-old girl identified as Ameera Stokes, from Indiana, has been charged for stabbing her father to death during an argument over ‘life issues.’

According to reports, the victim Donald Stokes would routinely fat-shame his teenage daughter, Ameera who is suffering from depression.

The incident took place in Mount Morris Township, Machina, where Ameera had arrived recently to stay with her father after her latest failed suicide attempt.

At around 5.30am on Sunday, the local police department got a 911 call from Ameera, who told a dispatcher that her father was dead.

Officers who responded to the victim’s home discovered the 53-year-old man’s bloodied and battered body lying in the stairwell leading to the basement.

Mount Morris Township Police Chief, Terence Green, said that Ameera and her father had gotten into an argument over ‘some life issues,’ which escalated to physical violence and eventually led to bloodshed.

Ameera was arraigned on Monday on a single count of first-degree murder. She is being held without bail and is due back in court on May 24.