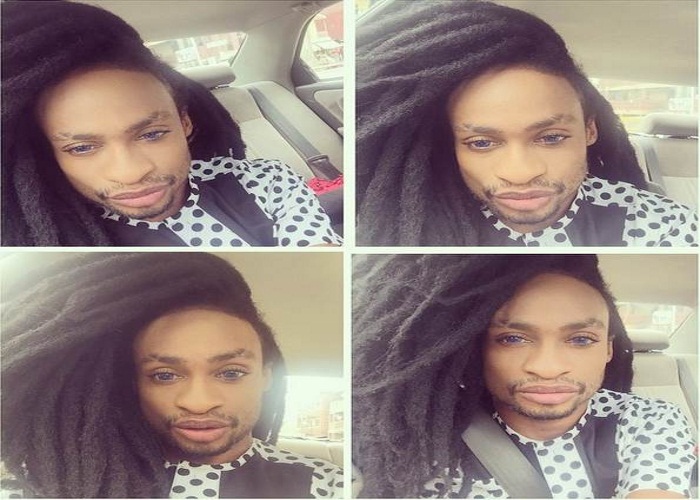 Yesterday in his new article singer turned writer Etcetera argued why Nigerians should worry about Caitlyn Jenner when we had Denrele Edun & Charlyboy. And at the end of the post said ”Everyone reading this and has been chasing a different identity from that which God gave him, Hell is your future.”

Many readers found that offensive just as many Denrele’s fans. One of them who actually schooled with Denrele, was his senior infact, has now taken to Twitter to defend Denrele and blast Etcetera. Along the line Abiola told the story of how he and some guys almost made Denrele strip in public to prove he was a boy.

Read tweets from the very bottom to top. 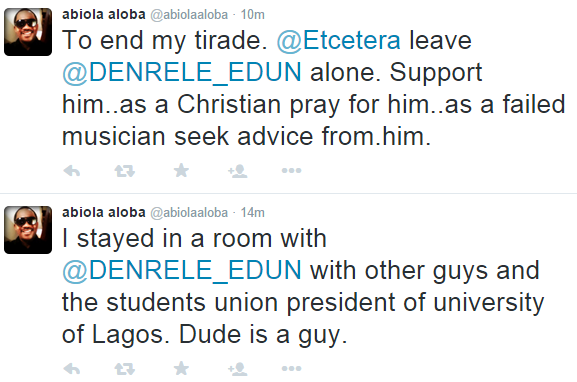 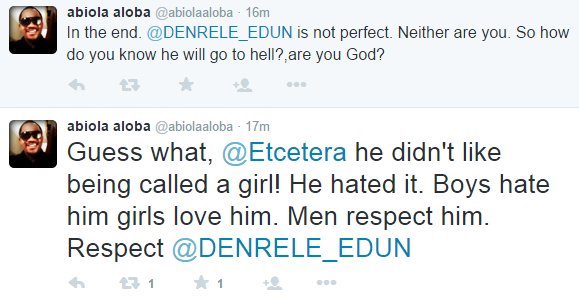 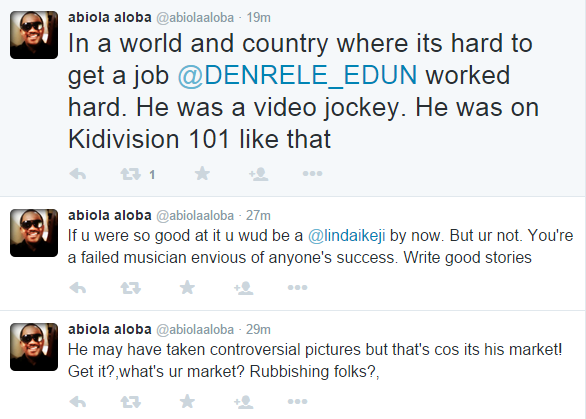 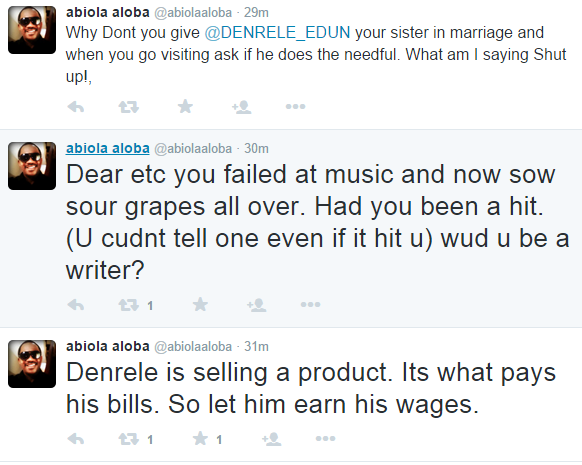 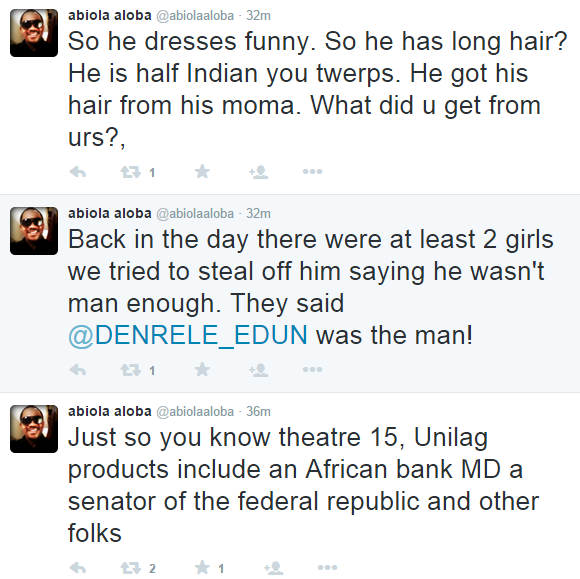 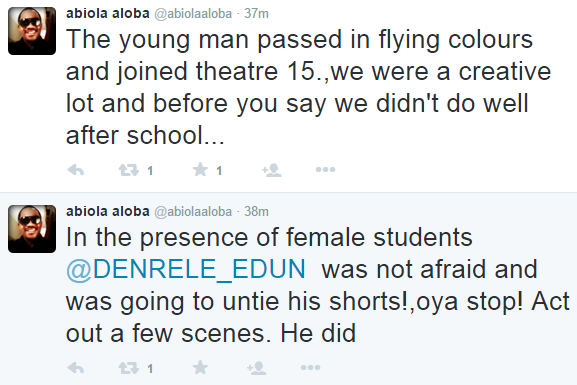 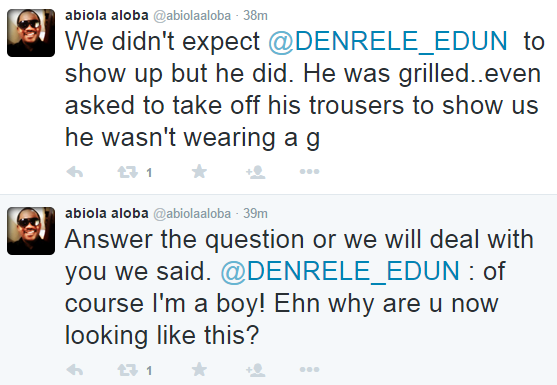 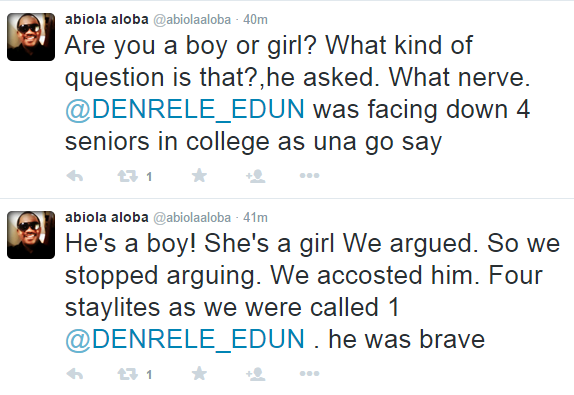