Depression can come before giving birth 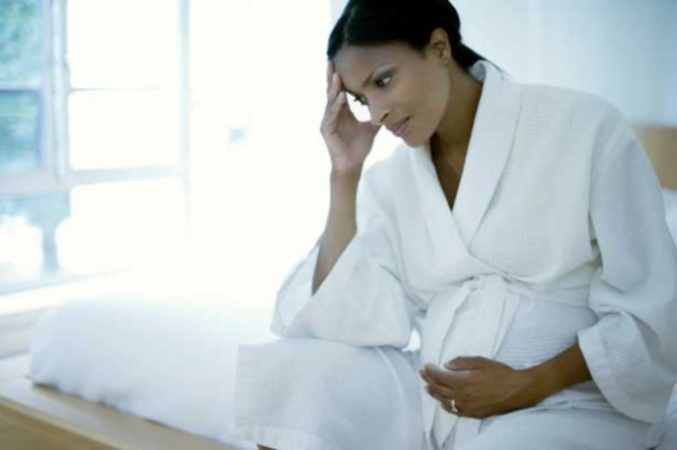 Causes of depression during pregnancy

People have talked about postnatal depression and it has come to be widely accepted as a possibility after one gives birth. Some mothers are very keen to look out for it while many hardly know when it strikes and it can break even the strongest person and cause rifts in a relationship if not handled in goo time.

What if depression comes before the baby shows up? Joanne didn’t know what was going on. She was not sure whether she liked the fact that she was pregnant because more often than not she would not feel any urge to do baby-related activities. She only shopped for the baby because her husband was thrilled about having a baby so he planned a shopping trip and actually did most of the selection.

Sometimes she wanted to do something awful to herself like starve to death or even take something to kill herself without much drama. Whenever everyone talked about how cute the baby was going to turn out or what her plans were regarding the baby she would just smile and brush it off with some response about crossing that bridge when she gets there.  What nobody saw was that deep inside she was terrified of it all. She kept telling herself that she probably wasn’t fit to be a mother because of all the negative thoughts and emotions she was having during pregnancy.

Unknown to her she was going through depression. That is why she felt no joy about the fact that she was carrying a life inside her and the prospect of holding her own baby some time made her want to run away from it all instead of leaving her starry-eyed.

Causes of depression during pregnancy

The causes are very varied. It could be caused by hormones, previous episodes of depression, infertility, stress and anxiety. You could find yourself losing joy every time the subject of the baby is brought up. Sharing with anyone about your repulsion may land you a lot of judgmental stares and questions so you feel it is safer to just keep it to yourself. The fact that everyone else is excited about all of it could make you feel even more guilt and that could easily lead you through a downward spiral.

It is actually very common but very few women report their symptoms to doctors. Some battle with toxic thoughts such as suicide and constant extreme anxiety, hopelessness and a lack of joy throughout their pregnancy and they have no idea how to get themselves out of it.

What to look out for

You may experience a disinterest in baby-related things. Not wanting a baby shower, putting off preparing the nursery or a crib or being dismissive about the baby’s development could all be signs that you are not really happy about the pregnancy. You could also experience a reduction in energy levels, feelings of guilt, hopelessness and helplessness and a change in sleep patterns and appetite. You could start doubting your abilities as a mother and in the process drive yourself to fear.

How to get through it

The most important thing is to talk to someone about it. Find someone who will be supportive and pour your heart out to them. It could be your spouse, friend, close family or even a therapist. The more you keep it bottled up the worse it can become so let your doctor know what you are feeling so that they can start helping you in good time. Whether medication will be included in the treatment will really depend on the patient and the doctor because every case is unique.

For spouses and family members, avoid telling the mother that things will change once she sees the baby. Focus on giving her emotional support, offer no judgment and be very patient. She remains the agenda and not the baby because the baby will need someone in a good emotional state to take care of it once it comes.