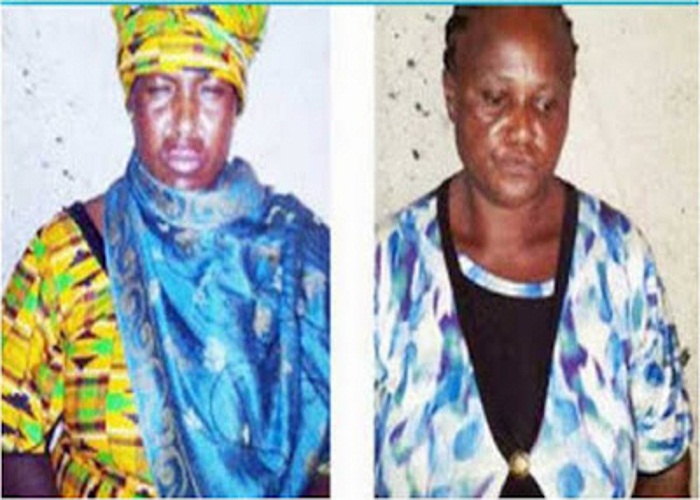 Operatives of National Drug Law Enforcement Agency, NDLEA, yesterday at the Murtala Muhammed International Airport, Lagos, arrested two housewives for ingesting about 2.635 kilogrammes of cocaine and hiding some quantity in their underwear and private part. They arrested by the operatives while attempting to board a Qatar Airways flight to China. One of the suspects, Mrs. Alaka Deburah Uzoma, 47, was found with 1.180 kilogrammes of cocaine as she inserted 260 grammes of substance in her private part and also ingested 60 wraps weighing 920 grammes.

The second suspect, Mrs. Chukwujekwu Chinyere Priscilla, a 45 years old housewife, was caught with 1.455 kilogrammes of cocaine as she packed 59 wraps on her body, inserted one parcel weighing 1.285 kilogrammes in her vagina and ingested ten wraps weighing 170 grams. Recounting her ordeal, Mrs. Chukwujekwu Chinyere Priscilla said she wanted to establish herself financially to take care of her children, stressing that was the major reason she got involved in smuggling drug. “I am married to a soldier but he abandoned me ten years ago when he retired from the Army. I got married early because there was no money for me to further my studies after my primary education. ‘’Since then, my life has been sorrowful. I sell female clothes and shoes to take care of my children. I met a man at the market who promised to assist me in my business by making me an importer. This was how we began to talk on phone. ‘’He gives me recharge cards and money to sustain myself. It was the day I was to travel that he told me that I will take drugs to China. He took me to a hotel where I was given the drugs and six thousand dollars to buy my goods in China. ‘’I could only swallow ten wraps, so I forced some in my vagina and packed others in my underwear.”

The second suspects, Mrs. Alaka Deborah Uzoma, also said that her husband abandoned her with seven children. “I sell female bags and shoes to sustain myself and my children. My husband left me in 2005 and since then, I have been facing several challenges. I took loan to travel to China and in the process, I incurred huge debt which compounded my problems. “At a point, I had no money for food, school fees and even house rent. This was what made me to smuggle drugs. I swallowed 59 wraps of drugs all through the night because of 6,000 dollars. ‘’I also packed some in my underwear and one in my vagina. It was a terrible experience. I feel so sad that I have to end up this way as a Christian,” she lamented. Chairman of NDLEA, Ahmadu Giade, said the action of the women was disgraceful, adding that it was better they were caught in Nigeria instead of China where there was capital punishment for drug trafficking.

“It is good that the drugs were detected here by our officials because China has capital punishment for drug trafficking. ‘’This arrest has saved them from death and the country from embarrassment. Their action was utterly disgraceful because as mothers they ought to show good example for their children to emulate,” Giade said. He said the suspects would soon be charged to court for drug smuggling.