Desperate husband kills his wife to take over her estate 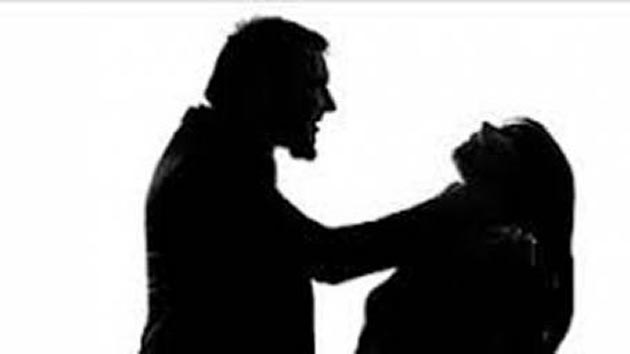 A woman identified as Josephine Ibu was reportedly killed by her husband, Linus Biakoro, so as to take over her property.

The sisters of the deceased has charged Biakoro to court, claiming that he’s the one responsible for the death of their sister. Narrating the story, Josephine’s sisters said they agreed with her in 1999 to build a structure as a way of preserving their family name. They planned to build an imposing shopping complex in Lagos, to bear the family name, “Ibu Igbere Shopping Plaza.”

In 2001, Josephine, then a spinster, bought two plots of land situated at Ago Palace Way, Okota, Isolo with money contributed by all the sisters, especially the two elder sisters who were based in the United States. The four daughters held joint tenancy of the property. Josephine had only started working with Directorate of Petroleum Resources (DPR) at the time so she couldn’t afford to make as much donation as her elder sisters.

Some years later, a shopping complex was built on the land. Though they all contributed to the property, Josephine, who is based in Nigeria was the one who made payment for it, so the receipt for the purchase of the land had her name on it. She held the land in a representative capacity and in trust for all the Ibu sisters, considering that each of them made contributions towards erecting the said structures.

In 2004, Josephine got married to Anthony Ozoro but they separated in 2007, though they did not get a divorce, meaning she was still legally married to him. That same year, she married one Linus Biakoro.

Biakoro was a married man with three kids and didn’t legally divorce his wife before marrying Josephine, according to Josephine’s sisters. So, the union between Josephine and Biakoro wasn’t exactly legal.

In 2013, Josephine died. Since she was a staff of Directorate of Petroleum Resources (DPR), the company paid her death benefit to a Zenith bank account she held jointly with her second husband Biakoro.

Without informing her sisters or any members of her immediate family, Biakoro hurriedly commenced burial rights for her. Her family heard of it and obtained an ex parte order from an Abia State High Court, Uturu, restraining Biakoro from proceeding with the burial rites. The order also froze the account into which her death benefits were paid, thereby restraining him from dealing with the death benefit. He, however, managed to gain access to the money and used it to the mortification of her family members.

Biakoro also tried to claim Josephine’s properties, including the ones she built with her sisters. But her sisters have said he has no right to those properties since he wasn’t legally married to their sister, and also because the properties belong to them all, not just their sister, even though it has only her name on it.

The sisters say Biakoro is an imposter and a gold digger and they allege that he battered their sister till she died just so he could lay hands on her properties.

Ann Ibu, Josephine’s younger sister, under oath, said in the statement of claim that Biakoro, in order to appropriate and convert the deceased’s estate, subjected Josephine to untold domestic violence despite the fact that she was a sickle cell patient.

Josephine ran away from home when she couldn’t endure the violence and went to stay with Ann in Gbagada. According to Ann, Biakoro initially began to employ ceaseless menacing threats and violence to harass Josephine into handing over to him the original Documents of Title to the said land on which the shopping plaza in Okota was built. Fearing for her life, she moved in with her younger sister Ann for two months, during which she handed over to Ann the title documents for safe-keeping.

But she later returned to the home she shared with Biakoro and few days after returning to Biakoro, she was dead.

The deceased’s sisters insist Biakoro killed her to gain access to her properties. They also say the properties aren’t hers alone so he can’t claim them. Also, they say he has no right to what share of the properties belongs to Josephine because he wasn’t legally married to her.