Detroit 5-year-old dies of coronavirus; parents warn others: ‘It’s coming for you’ 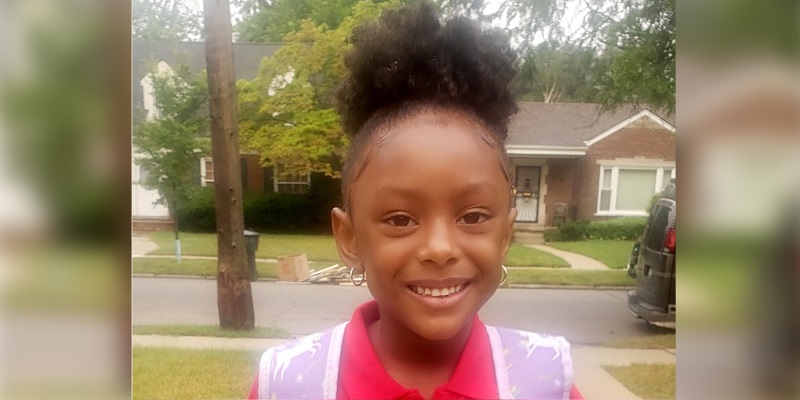 Skylar Herbert, the daughter of two first responders, is believed to be the youngest person to have died of the virus in Michigan.

Skylar Herbert, 5, was a little girl who loved to dance and dreamed of being a pediatric dentist one day. She was bubbly and feisty and never let fear stop her from trying something new, her parents said.

She is believed to be the youngest person in Michigan to have died after testing positive for the coronavirus.

LaVondria Herbert, a police officer, told NBC News that her daughter’s diagnosis came as a shock because Skylar hadn’t left their home in days. Neither she nor her firefighter husband, Ebbie, have tested positive.

“This is something that has gotten out of hand, and we need to do something about it, and that’s the reason why we’re doing this interview,” Ebbie Herbert said. “To let people know that it doesn’t matter what age you are, it’s coming for you.”

“She was being herself — eating, drinking, playing for, like, the first couple of days,” LaVondria Herbert said. “But on that fourth day, she started complaining about the headache. And the fever— I just couldn’t break the fever.”

Skylar’s oxygen levels were fine, and she didn’t display any signs of respiratory distress, but she was diagnosed with a rare form of meningitis due to complications from COVID-19, the disease associated with the coronavirus. On April 3, doctors put Skylar on a ventilator as a precaution.

“So even the doctors were baffled, but they really reached out and tried to find something to do to help her,” LaVondria Herbert said.

Skylar died Sunday with her parents — as well as the doctors and nurses of the pediatric intensive care unit who looked after her — surrounding her.

Michigan Gov. Gretchen Whitmer has received backlash from some conservatives over public health restrictions in the state, but the Herberts said they appreciate everything she’s done to try to keep people safe.

He wouldn’t wish this pain on his worst enemy — just waking up in the morning and seeing his daughter’s toothbrush hurts — the grieving father said.

LaVondria Herbert said she couldn’t pinpoint one thing she misses the most about her daughter, whom she calls her partner in crime. She’ll miss the mornings when she woke up to Skylar’s kisses and her saying, “I love you.”

“She’d just climb in the bed, step on your back,” LaVondria Herbert said. “She was just, she would do so many things. We miss so many things about her.”