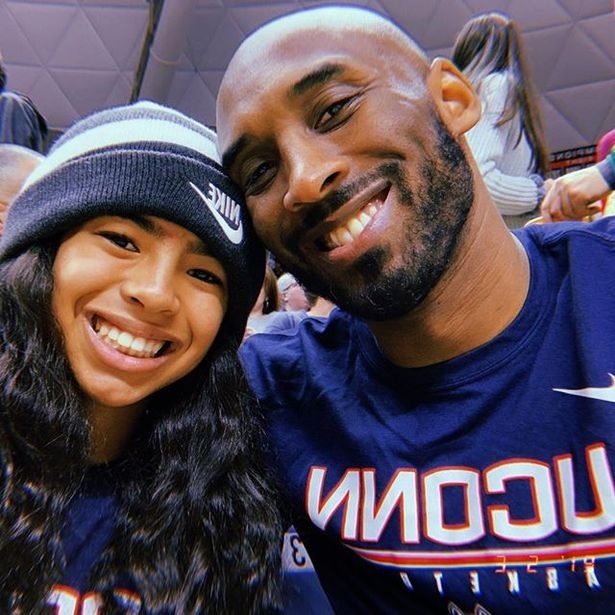 The basketball legend became a dad for the fourth time just 17 weeks before the tragic helicopter crash that killed him and his 13-year-old daughter Gianna.

Today it was confirmed that basketball legend Kobe Bryant has died at the age of 41 in a devastating helicopter crash alongside his 13-year-old daughter Gianna.

The father and daughter were said to be heading to a basketball practice when the private chopper went down 40 miles north-west of Los Angeles.

They are survived by Kobe’s wife Vanessa and daughters Natalie, 17, Bianca, two and Capri, who is just 17 weeks old.

In the weeks leading up to his death, devoted dad Kobe posted numerous pictures of his beloved girls who he was renowned as being immensely proud of, across his social media pages.

The LA Lakers legend insisted he loved being surrounded by five females and joked before his death that he wanted one more daughter with wife if 19 years Vanessa so they could start their own basketball team.

Just seven days ago, the Bryant family celebrated the 17th birthday of their eldest girl Natalie.

Kobe marked the occasion by posting a grown up picture of the teenager in a red dress to Instagram , but told his 12 million followers that she’d always be his ‘little princess’.

He wrote: “Happy Birthday my baby. I love you beyond measure. You will always be my little Principess.”

To prove his point, Kobe also shared a throwback image of Natalie wearing an old Lakers shirt in homage to her sportstar dad.

Kobe’s social media page is also flooded with pictures of his second eldest Gianni, known affectionately as Gigi, who heartbreakingly died beside him in the crash.

The teen appeared to be taking after her MVP dad and showed a keen interest in basketball.

TMZ has reported Kobe and Gianni were on their way to the Mamba Academy in Thousand Oaks for basketball practice when Sunday’s tragedy occured.

The Bryant family were all pictured together back in November as they celebrated Thanksgiving with a candlelit dinner at their mansion.

While in October, they joined forces to transform into the famous Wizard of Oz characters for Halloween .

Kobe went as the famous wizard, Vanessa the Wicked Witch of the West while Natalie and Gianni went as the scarecrow and tin man and little Bianca was dressed as Dorothy.