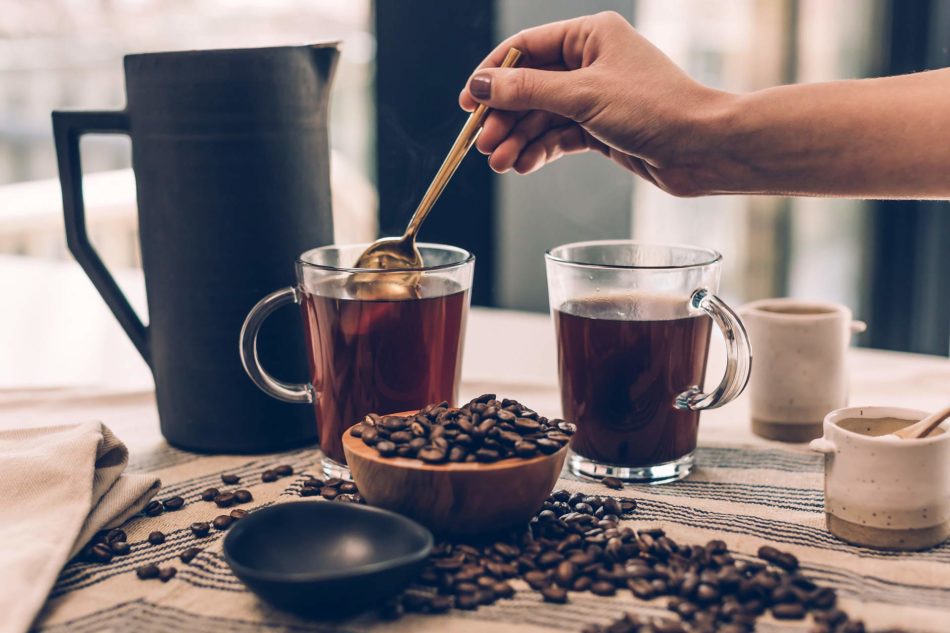 Coffee triggers migraine attacks. Did you know that when you drink too many caffeinated drinks, it puts you at risk of having a migraine attack? In fact, drinking only 3 cups of coffee a day puts you at risk. Research has shown that at least 10 percent of the population across the world – at least 1.04 billion adults – experience migraines – a disabling headache disorder – and it is more likely to affect women than men.

Sure, we all know caffeine all that bad because it works to dilate blood vessels and reduce the symptoms of some types of headaches. But is that really all there is to it?

In research written in the American Journal of Medicine, a Dr. Mostofsky stated that while other potential migraine triggers like sleep disturbances might only increase the risk of migraines, the role that caffeine plays is just so complex because while it could trigger an attack, it could also help to control the symptoms.

The funny thing is that coffee has also been known to reduce the risk of cancer and improve cognitive function. But as we are about to see, the effects of the caffeine it contains is probably affected by both the frequency of consumption and the dose.

People who experienced episodic migraine attacks found out that when they only had one or two caffeine drinks, they were perfectly fine, but from three and above increased the risk of suffering an attack.

In another study, some researchers tracked a group of 98 people who suffered from migraine attacks up to 14 days in a month and discovered that drinking up to 2 cups of coffee or any other caffeinated beverage didn’t make a difference with regards their chances of developing an attack.

However, once the quantity exceeded 3 cups, the chances of them experiencing a migraine attack increased by 40 percent that same day. On exceeding 5 cups, the value increased to a whopping 161 percent.

In addition to the caffeinated beverage, people suffering from migraine attacks also reported that changes in weather, sleep disturbances, stress, some types of food, changes in hormone levels and medications increased the risk of an attack but were independent of the coffee consumption.

Who is more affected?

So we already know that about 1 in every 10 people worldwide is afflicted with migraine attacks but did you know that it affects women about twice as frequently as men?

According to a neurologist, about 16 percent of women experience migraine attacks compared to 9 percent of men and the triggers can include everyday things like too little or too much sleep or hunger, certain smells, and even bright lights, in addition to consuming excessive quantities of coffee.

The symptoms of severe caffeine-induced migraines range from nausea, sensitivity to sound and light, mood swings to even auditory and visual hallucinations.

How the dose of caffeine affects migraine attacks

Remember that study involving 98 adults that was mentioned earlier? You may have wondered what episodic migraines really mean. We’ll explain.

Episodic migraines are characterized by the people who experience up to 14 headaches each month while chronic migraines are those happen at least 15 or more days in the month.Coffee triggers migraine attacks.

In that study, the participants wrote in a diary at least twice daily for about 6 weeks where they reported the number of caffeinated drinks they consumed, as well as some lifestyle factors – sleep, stress, etc – the timing of the migraine attacks and the symptoms, duration, and intensity of the attacks.

At the end of the day, the researchers compared the onset and risk of migraine attacks on the days the participants drank coffee to the days they didn’t drink, taking into consideration all the other factors as mentioned earlier.

There are times that you’ll experience pain as a result of the blood vessels in your brain swelling in a process known as vasodilation, consuming coffee sometimes helps to constrict the blood vessels and reduce that swelling because of its caffeine content.

CHECK OUT FOUR WAYS TO GET MIGRAINE RELIEF WITHOUT MEDICATION

Many times intravenous caffeine has been used in emergency rooms to quickly relieve symptoms of severe migraines.

In fact, caffeine has been known to boost the effects of many migraine medications, from aspirin to acetaminophen and ibuprofen, the inclusion of caffeine makes them work better, faster and even keeps the migraine pain away longer than when they are used without caffeine.

One of the doctors involved in the aforementioned research also stated, “That’s absolutely why it’s such a fascinating exposure to evaluate because caffeine is associated with both benefits and with harm. Caffeine is actually in a lot of the medications that are used to treat migraine headaches, and it all comes back to the dose and the frequency of that exposure to the caffeine.”

Of course, this isn’t to say that those who don’t usually have migraines would definitely experience migraines when consuming more than 3 cups of coffee daily as all the studies were focused on those who are prone to migraine attacks normally, but there’s no harm in playing it safe.

But if you are usually prone to episodic migraines, know that consuming more than 3 cups of not just coffee but any caffeinated drink daily strongly increases your risk of experiencing a migraine attack that same day or the next day. However, researchers have noted that drinking 2 cups or less don’t increase your odds of having a migraine attack so there is no need to completely toss coffee out of your diet. Coffee triggers migraine attacks.

Don’t forget that coffee has its health benefits as well, as long as you don’t exceed a certain quantity of it.

So if you are the type of person that is prone to periodic migraine attacks but you really love coffee, at least now you know how you can enjoy your morning cup of joe while avoiding the pesky migraines.