Do you agree with this?“Once a married man starts cooking for his wife, he has lost his dignity as a man” – Nigerian man says 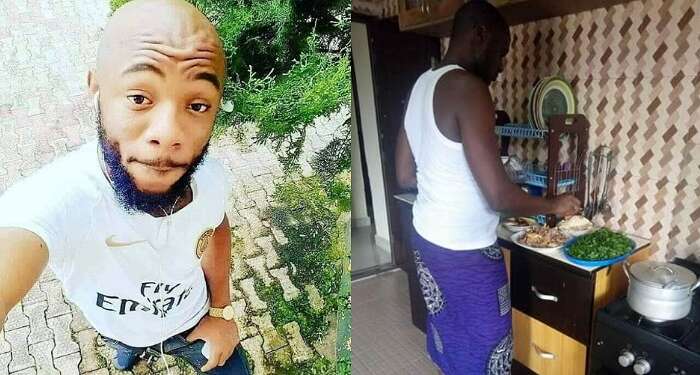 A Nigerian man has incurred the wrath of social media users after he took to Facebook to say that any man who cooks for his wife has lost his dignity as a man.

In his words, he wrote; “Once a married man start[s] cooking for his wife, he has lose [lost] his dignity as a man”

As expected, the post gathered over two thousand comments with most of social media users who commented being women.

For some, they took time to school him on the need for a husband to always assist his wife whenever and however he can.

Other spared no time to rain heavy abuses on him.

A particular, Tinnie Zubby lady prayed never to get married to his kind of man.

Reacting to the post, a married lady, Uju Edwin-Obi said there’s nothing wrong with a husband helping his wife to cook, and she also revealed that her own husband cooks once in a while and whenever he does, they call it “Daddy’s Special”.