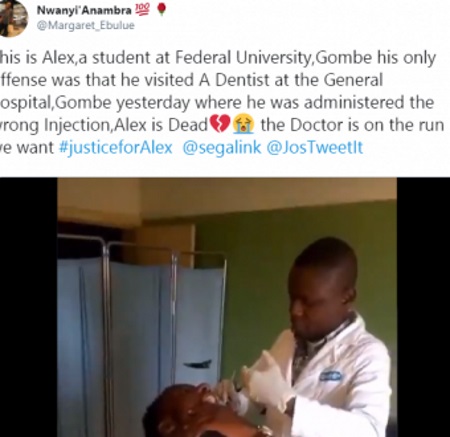 A doctor at the General hospital in Gombe State is reportedly on the run after allegedly administering the wrong injection to a student of Federal University, Gombe.

The late student was identified as ‘Alex’ and it was learnt that he died, barely a day to his birthday due to the alleged carelessness of the doctor.

Read the tweets below;