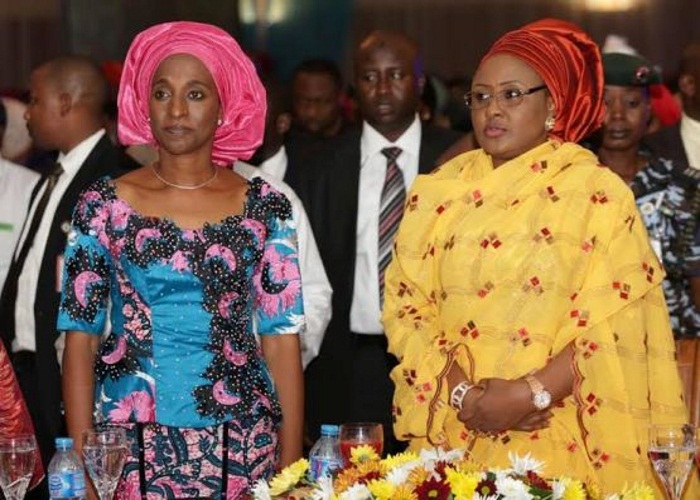 Speaking at the ‘Thank You’ dinner she organized to appreciate APC women at the presidential villa on Saturday June 13th, wife of the President, Aisha Buhari warned Nigerians not to fall into the hands of fraudsters who go about asking for money from Nigerians to arrange a meeting between them and the President or his wife.

“I will like to inform you that in the past regime, whether it is true or false, only God knows, some people were going round and parading themselves as PAs. If you wanted to see the First Lady, you will pay $30,000, $50,000 and if you are seeing the President, you will pay all that you have gathered in your lifetime. This will not happen in our regime. Whoever asks you to give a single penny in the name of coming to see the President or his wife is not our staff. It is a lie, don’t be deceived” she said

Mrs Buhari said a lot of things were said against former president Goodluck Jonathan’s administration but that it is not like the former president is a bad man, it was the people around him that gave him a bad representation.

“There was nothing that people did not say about the past administration. It is not Jonathan that is not good, but the people around him. So, the people that are going to be around General Buhari have to be very careful because this election ended peacefully. We are praying and hoping that people around him should know that it took him 12 years to get to that position and they must know that they are coming to serve the masses, not General Buhari in person. It is the people that are around him that will determine the political health of our state”she said