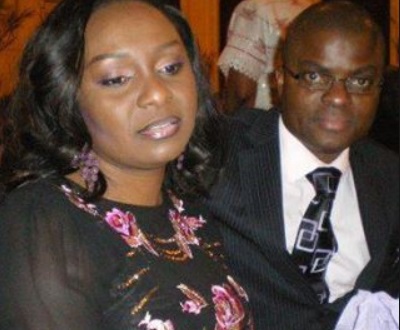 Victoria Inyama has given more details about her marriage to her estranged husband while advising victims of domestic abuse.

The former Nollywood actress who is now living in the UK, told of how she endured physical and emotional abuse for years “because of fear, culture, and religion”.

She told of how her pastor begged her to never call the police on her estranged husband, Godwin Okri, who she says was abusive. She added that the pastor encouraged her to keep praying.

When she took the case to court, she said the pastor refused to stand as a witness.

She added that her estranged husband has refused to divorce her, despite saying that she’s a terrible person.

She challenged her estranged husband to speak out and share his side of the story.

She further advised women going through domestic abuse to involve their family and the police, not their religious leaders.

Read what she wrote below.

In an Instagram Live interview that aired earlier, Victoria narrated how her estranged husband threatened her life and how she was arrested in the presence of her children and locked up for 12 hours (read here).