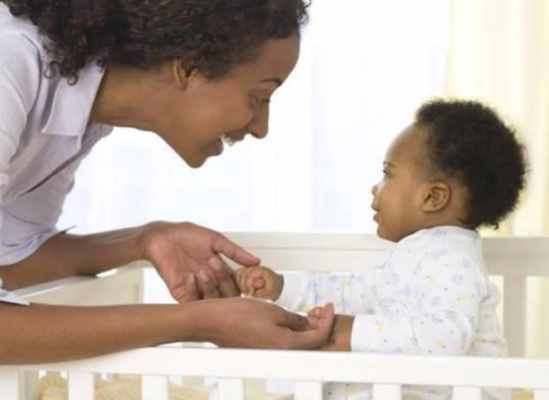 When a baby is born they don’t seem to have a grasp on the distinction between night and day. They sleep a lot more during the day as compared to the night. With the parent’s help they slowly find a rhythm that allows them to somehow tell the difference or at least sleep more at night than during the day.

Some parents are of the opinion that babies know what they want and they let the baby guide them. While this may be true for most things, it may not necessarily be true for sleep or at least when to sleep. It may be bedtime but something is keeping the baby from falling asleep (say, the lights are too bright or there is a lot of excitement in the home).

Babies appreciate a routine as they grow up and it gives them a sense of security and structure. The parent sets this routine for the child as early as is sensibly possible and within a short time the baby begins to keep the parent accountable to the schedule. If, for example, you give the baby meals at about the same time every day and establish a nap time routine, the baby will fall in line and adjust.

Sleep is especially important because this is when the body rests and repairs damaged tissue. It is also essential for baby’s growth. Experts say that children only have the first five years of their lives to establish good sleeping habits before they start school or day care. A Queensland study by education researcher Dr Kate Williams found that children who did not have proper sleep habits were at risk of developing learning difficulties and poor adjustment in school.

Dr Williams followed 2880 children that were born in 2004 until they were seven years of age. She found about one in three children at risk of emotional outbursts, behavioural issues, poor self-regulation and attention deficit disorder. She did an analysis of reports from parents on their children’s sleep problems from birth to five years. She then looked at reports from the children’s teachers with regard to adjustment in school and looked for any links between the two.

The study looked at whether the children were able to fall asleep on their own, waking up at night and having difficulty settling back on their own and restless sleep. Those that had these issues seemed to have sleep routines that were not always beneficial to the child but probably were for the parent.

A good sleep routine includes regular bed time, no screen time close to bed time, routine soothing practices like a warm bath, calming music and bedtime stories and consistency with these routines. It may be easier to let the child fall asleep when they want to or in front of the TV but the repercussions may include poor sleep patterns. You may want to eliminate habits like rocking and patting the baby to sleep and lying down with them until they fall asleep as they grow up.

All these habits and routines allow the baby to adjust accordingly and find a way to fall asleep without relying on the caregiver. This teaches them control over their system and they are later on able to adjust to new schedules in school.

Parents therefore have a big role to play here. What you enforce when the baby is still young may come back to bite you albeit in a form you don’t expect. People may think you are being too fussy or strict on the child but you know what you want for your child so stand your ground. Involve caregivers if any so that the routine is enforced at all times. Be sure to make it enjoyable though because your child is, after all, still a baby.