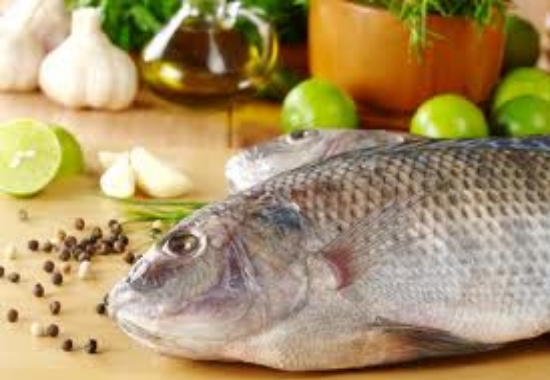 Fish oil supplements taken by millions for their health benefits do not reduce the risk of a suffering a stroke, a study has found
However eating oily fish at least twice a week may have a significant impact, they found.

An analysis of studies including almost 800,000 people in 15 countries has found that there is no link between taking the capsules and a cut in the risk of a stroke.

Omega 3 supplements and cod liver oil are taken by millions of people every day as it has been suggested they are good for the heart, brain and joints.

The market is worth at least £139m and the capsules are thought to work by improving the health of blood vessels, lowering cholesterol and reducing inflammation.

The study by a team at Cambridge University and elsewhere took at 38 studies of varying designs and found that consumption of fish was associated with a reduced risk of stroke.

Those eating two to four servings a week were six per cent less likely to suffer a stroke compared to those eating less, and those eating five or more portions of oily fish had a 12 per cent lower risk.

The researchers also looked at levels of omega 3 fatty acids in the blood and found there was no significant difference in stroke risk of those with the highest levels compared with the lowest.

These findings suggest that nutrients other than omega 3 may be important in vascular health and that the flesh of the fish must be eaten to gain the full benefits.

Fish is high in vitamin D and B which have been linked to good vascular health while it also contains trace minerals such as iodine, taurine and selenium.

Or eating large quantities of fish each week means people eat less red meat and other foods that are relatively unhealthy as far as vascular health is concerned and lastly that people who eat a lot of fish are generally healthier than those who eat less or take supplements.

The research looked at people who had established heart disease and healthy people without.

The apparent health benefits of oily fish over white fish may simply be down to the way it is cooked, the researchers wrote in the British Medical Journal, as white flesh fish tends to be battered a fried, making it less healthy.

In an accompanying editorial, authors from the Division of Human Nutrition at Wageningen University suggest that although it is “reasonable” to advise patients that eating one or two portions of fish per week could reduce the risk of coronary heart disease and stroke, any benefit of long chain omega 3 fatty acid supplementation is likely to be small.

They say it is possible, however, that patients with additional risk factors such as diabetes may benefit.

Dr Peter Coleman, Deputy Director of Research at the Stroke Association said: “From past research we know that eating plenty of fish is good for our general health. This research shows that it could also help to protect us against stroke. However, it’s interesting to see that taking fish oil supplements doesn’t have the same beneficial effect.

“People who eat lots of fish may have healthier diets in general which could go some way to explain the results. However a lot more research is needed in this area before we decide to eat fish every day of the week.

“Everyone can reduce their risk of stroke by exercising regularly, consuming a healthy, balanced diet and getting your blood pressure checked.”