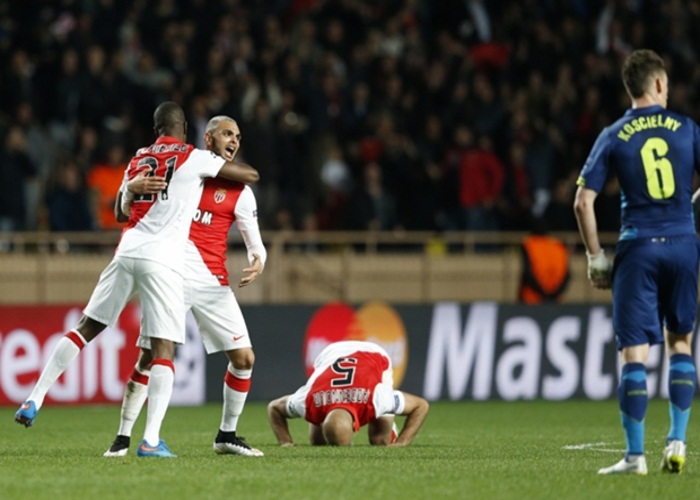 The Nigeria international came on as a late substitute as the Principality club edged past the English giants on away goals on Tuesday.

Elderson Echiejile is relieved that his Monaco side survived Arsenal’s scare on Tuesday night in the Uefa Champions League to reach the quarter finals.

The Gunners won 0-2 but lost the game 3-3 on aggregate courtesy of Monaco’s away goals.

The last Nigerian in the competition, Echiejile who was an 86th minute substitute later tweeted about his relief at his side’s qualification to the quarter finals of the competition.

Despite his good fortunes at club side, the left back was ignored by acting Nigeria coach Daniel Amokachi when he announced the Super Eagles squad that would take on Bolivia and South Africa in international friendlies on March 26 and 29.