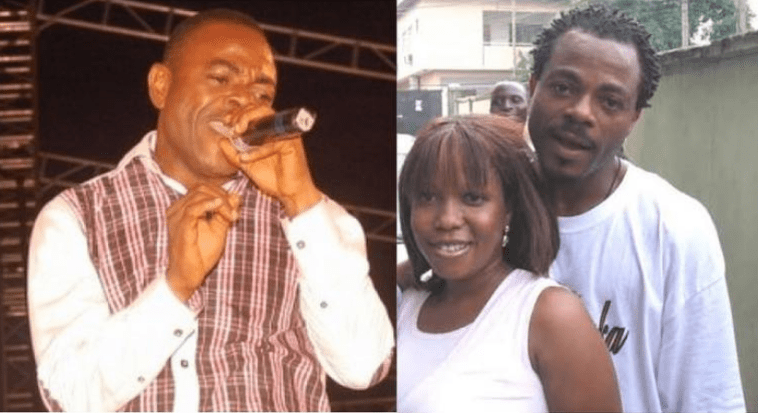 Veteran musician, Eddy Montana, who has remained single since his separation from his ex-wife, Kenny Saint Brown, has revealed how the crisis affected his music career.

In a chat with Sunday Scoop, Eddy admitted that having a failed marriage is the lowest point of his life. He stated:

“I don’t have any low point apart from my failed marriage.

Things were going fine for me until I started having problems with my marriage. It was possible I could have saved it if I had put in more effort but I am also human. Right now, I have grown and I know we all make mistakes as humans.

I made my mistakes and she (Kenny Saint Best) must have made hers too. For years, I did not put out songs because I broke down emotionally. My doctor didn’t want me to get back to work because of my state of health and mind.

I lost my marriage and my kids were not with me as well. I had to take a break for my health and my children because different stories were written about me and I didn’t want my kids to grow up with that tension.

Even though my music suffered, it was very important for me to take a break at that time.”