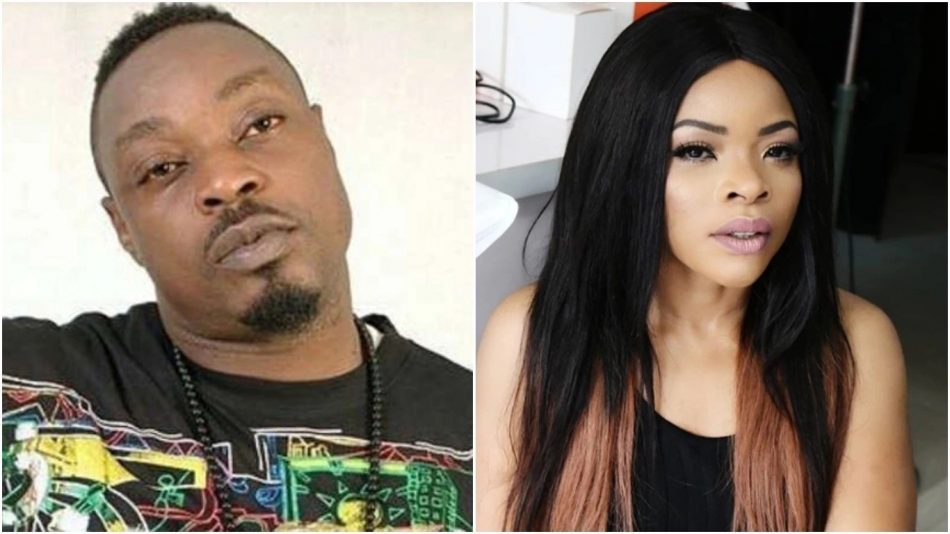 Fashion entrepreneur, Laura Ikeji-Kanu has revealed that Veteran Nigerian rapper, Eedris Ahdulkarim is one of the reasons she’s a very decent woman till date, because he never took advantage of her. Read her story below:

“If u see this man, help me thank him. Tell him Laura said thank u.

Let me tell u a not so short story. A few years ago, when I was 15 years old, still in secondary school, I was obsessed with Eedris Ahdulkarim, you know the kind of obsession that u talk about him 24/7 yup that was me, everybody in class called me Eedris, so one day I couldn’t take it anymore, I asked Linda to help me beg Emmanuel Ugolee @Emmaugolee who was the god of entertainment tv then to introduce me to him, so Linda got Eedris’ number from Emmanuel and we called Eedris. I wanted to dye!! After speaking with Eedris on the phone arhhhhaarrhhhhhh it was the best day ever! I told everybody in class that I was close to Eedris, so as an obsessed fan, I’d go to the call centre and call him every time and he was polite enough to pick. I finished secondary school and Begged to meet him which he agreed, so my sister Vera and I visited him and that was how Eedris and I became close. Now listen to the real story.

I was young, only 16, naive, new to entertainment, obsessed etc but not for 1 day did Eedris ever ever take advantage of my obsession or naivity. And he made sure that nobody from his crew took advantage of this smallie. He warned them all not to funk with me or they ‘re in trouble.

Eedris took me as a daughter, he mentored me and thought me how to rap. I walked, talked and rapped like Eedris hahahhaa. And when I started mixing with other celebrities, they all wanted to take advantage , they all wanted one thing, well, as per young girl wey just enter industry na, that one na sweet fish. Alot of all the celebrities I came across wanted to take advantage but not Eedris.

This man Eedris, is the reason I can beat my chest and say I never messed with any entertainer during and after my rapping days. He’s one of the reasons I’m a very decent woman till date. “