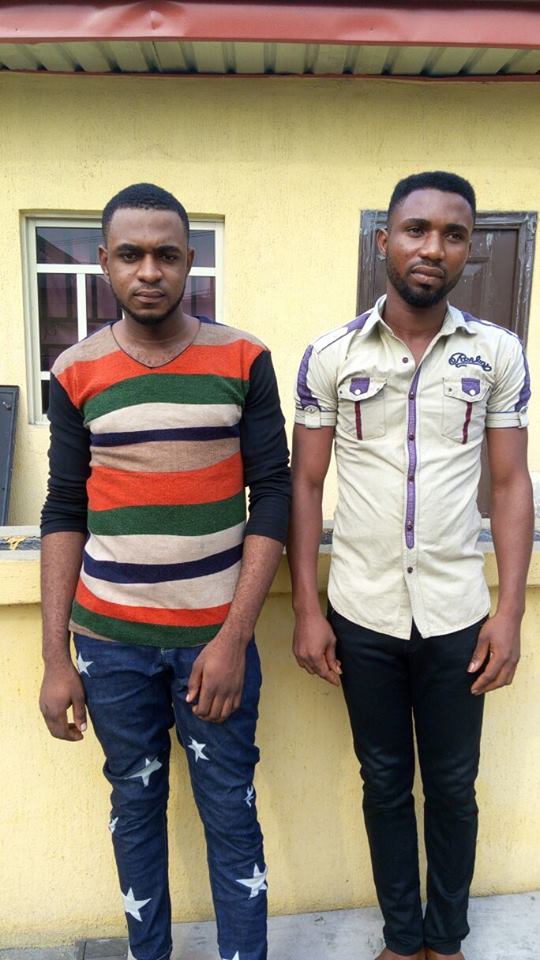 Two young men identified as  Aneke Collins Nnamdi and Sifon Samuel Israel, both student of Federal Polytechnics, Oko, Anambra, were today February 24, 2017, arraigned by the Economic and Financial Crimes Commission, EFCC, before Justice Theophine U. Oguji of the State High Court sitting in Awka, Anambra State. The young men were arraigned on a four count charge bordering on Conspiracy and Stealing.

The pair were picked up following a petition from First City Momument Bank to the Commission revealing that they had received a report from one of their customers, Girls Secondary School, Awka, over an unauthorized web transfer of over N10 million on their account with the bank.

This immediately led to some investigations by EFCC, which later led to the arrest of the students and eventual arraignment.

Count one of the charge reads thus:

“that you Aneke Collins Nnamdi and Sifon Samuel Israel sometimes in the month of October 2016 at Awka in Anambra state within the Jurisdiction of this honourable court did conspire among yourselves to commit felony to wit: Stealing of money property of Girls Secondary School Akwa and thereby committed and offence of Conspiracy contrary to Section 353 of the Criminal Code CAP 36 Vol II Revised Laws of Anambra State of Nigeria 1991.

Upon been read the charge, both accused pleaded not guilty.

Persecuting counsel, M. T. Ikon, in view of their plea prayed that the court fix a later date for the commencement of trial and urged the court to remand the defendants in prison custody.
However, the defense counsel, J. N. Okongwu asked the court for a short date to file his bail application.
The judge, after listening to both counsel, adjourned the case to 22 March and 4, 9 May, 2017 for trial. He also ordered that both defendants be remanded  in prison custody pending the determination of their bail.