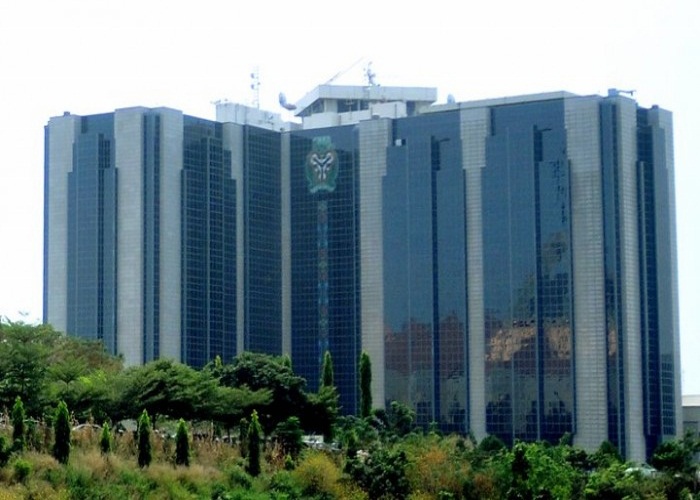 According to the anti-graft agency, top officials of the Nigeria Central Bank, CBN, colluded with officials of private banks to defraud the country of about N8 billion. The scam involved the “theft and recirculation of defaced and mutilated currencies. The officials are set to be arraigned on Tuesday.

Read the EFCC statement below:

The Economic and Financial Crime Commission, EFCC has concluded arrangement to arraign in court, five top executives of the Central Bank of Nigeria, CBN, implicated in a mega scam involving the theft and recirculation of defaced and mutilated currencies.

The suspects drawn from various business units of the apex bank are to be docked by the anti-graft agency before a Federal High Court sitting in Ibadan, Oyo State, from Tuesday
June 2, 2015 to Thursday June 4, 2015.

The remaining sixteen suspects are drawn from various commercial banks who were found to have conspired with the CBN executives to swing the heist.

All the suspects who are currently in the custody of the EFCC are now ruing the day they literally allowed greed and craze for materialism to becloud their sense of judgement and responsibility, when they elected to help themselves to tones of defaced Naira notes. Instead of carrying out the statutory instruction to destroy the currency, they substituted it with newspapers neatly cut to Naira sizes and proceeded to recycle the defaced and mutilated currency.

The fraud is partly to blame for the failure of government monetary policy over the years as currency mop up exercises by the apex bank failed to check the inflationary pressure on the economy.

The lid on the scam which is widely suspected to have gone on unchecked for years, was blown on November 3, 2014 via a petition to the EFCC alleging that over N6, 575, 549, 370.00( Six Billion, Five Hundred and Seventy-Five Million, Five-Hundred and Forty-Nine Thousand, Three Hundred and Seventy Naira) was cornered and discreetly recycled by light manipulated top executives of the CBN at the Ibadan branch.

The suspects, who were members of the Briquetting Panel, plotted their way to infamy on September 8, 2014, while carrying out a Briquetting exercise at the CBN Branch, Ibadan.

In banking parlance, Briquetting is disintegration and destruction of counted and audited dirty notes. By this practice, depositor banks usually take mutilated notes to the CBN in exchange for fresh notes equivalent of the amount deposited.

But while carrying out the assignment, the team were alleged to have found one of the currency boxes filled only with old newspapers rather than 20 bundles of N1000 notes.
A similar case, according to investigation, had been discovered on September 22, 2014 when a box that was supposed to contain N500 notes to the tune of N5billion was filled with old newspapers.

Unlike in the past, this fraud could not be swept under the carpet, as a member of the Briquetting Panel from the Osogbo branch blew the lid on the illicit deal. In a statement, the informant stated that the exercise was designed to last between August 4 and 8, 2014.
The 35-year-old, however, stated that she discovered a strange ‘sight’ while opening the third box on the second day of the exercise. It was a discovery that beat her ken.

She added that she confronted the other members of the panel, including Eye, Head, Briquetting Panel; Treasury Assistant; Coordinator and Head, Security, CBN, Ibadan, who all assured her that they would look into it. But she later found out that it was all a ruse. She said she later found out that Eye not only maintained sealed lips over the matter but omitted it from her report.

A five-count charge awaits the suspects as they prepare to face the wrath of the law.