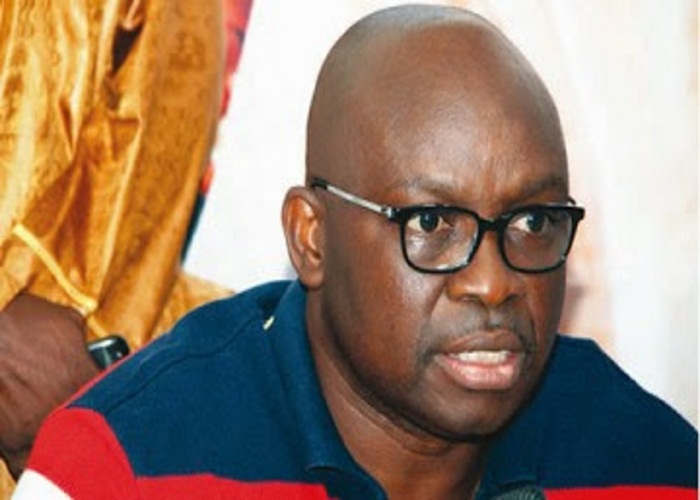 The Punch reports that one of its correspondents, Kamarudeen Ogundele, was badly beaten on Wednesday by thugs loyal to Governor Ayo Fayose of Ekiti state as he tried to take pictures of women praying for peace in the state some 200 metres away from the Ekiti state assembly complex.

On Wednesday thugs had laid siege to the state assembly complex and blocked all roads leading to the state and the complex in a move to prevent 19 APC lawmakers from gaining entry to the assembly to continue the move to impeach Fayose.

The Punch reports that its reporter had his clothes torn by the thugs, who were not happy that pictures of their activities were taken.

He told how he kept on telling the thugs that he was a journalist with the right to take pictures of the activities. He said about 50 of the hoodlums descended on him.

“I was about leaving the place when I saw the women praying for peace to reign in the state. I felt it was a spiritual approach to the trouble in the state, so I decided to take the picture. The thugs emerged from their hideouts and swooped on me.

“I kept shouting ‘I’m a journalist’ but they did not show me mercy as they pounced on me. They were like 50 persons kicking me all at the same time. They dragged me out of the car and continued hitting me. At a time, one of them went to carry a big plank of wood in an attempt to hit my head.

“Two policemen raced to the scene to intervene but they were overwhelmed by the mob. One of the policemen started shouting, ‘run, run, run, don’t let them kill you!’ I thought the end had come because they continued beating me. Luckily for me, a few among them felt they had beaten me enough and started fighting their colleagues to let me go. I capitalised on their disagreement and with the help of the police, I quickly escaped.”

Governor Fayose called leaders of the Nigerian Union of Journalists in the state to express shock at the activities of the mob. The governor promised that the hoodlums would be reprimanded. He also said the thugs were not representative of his government.

Fayose also said his government will allow journalists the freedom to discharge their duties without intimidation.The crisis in Ekiti state has continued to escalate as lawmakers press for the impeachment of Fayose, with just two days to go.

The standoff has continued to raise tension within the legislative and executive arms of the state government and has slowed down the pace of administration in the state.

It is reported that 19 All Progressives Congress (APC) legislators in a dramatic turn rekindled the move to impeach Fayose despite a court order in early May stopping the governor’s impeachment.