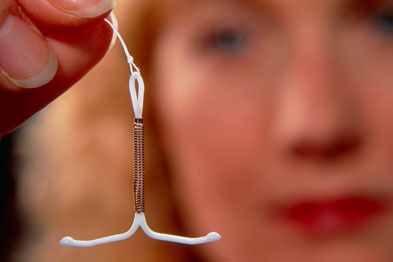 Parenthood comes with huge responsibilities. It’s not something that should be entered into inadvertently and unprepared, therefore, the need for contraception.Contraception helps women (and men) plan if and when they want to have a baby.  It’s the use of methods or devices to prevent conception or pregnancy.

Be that as it may, it’s pertinent to ask ourselves these questions: “What happens in the event of an unprotected sexual intercourse?”“What happens when contraception fails?”I would say, this is where Emergency Contraception (emergency birth control) becomes indispensable.

Emergency Contraception(EC)is the use of a drug or device to prevent pregnancy after a regular method of birth control failed, after an unprotected sexualintercourse or after a sexual assault.  It doesn’t protect against sexually transmitted infections, nor does it treat existing infections.

There are two types of EC, namely:  Emergency Contraceptive Pills (ECPs) and Intrauterine Device (IUD). Let’s take a concise look at them.

Emergency contraceptive pills are sometimes called the “morning-after pills.” However, they are usually effective if taken as soon as possible and within 72 hours afterhaving unprotected sexual intercourse. They are generally believed to prevent fertilization, but in some cases they may prevent implantation.

The IUD is a small, T-shaped device placed into the uterus by a doctor within 5 days after having unprotected sex. The IUD works by preventing fertilization and implantation from taking place.IUDs must be inserted and removed by a physician.  It can be removed after your next period or can be left in place for up to 10 years as your regular birth control method.

In view of the foregoing, one may then ask “How effective is Emergency Contraception?”To discuss this, we must also look at its ineffectiveness.

It is important to state here that EC (whether pills or IUD) is highly effective at preventing pregnancy, if used correctly. As already mentioned, the pills work best when used as soon as possible and within 72 hours after an unprotectedsexual intercourse. The IUD works even better if used within 5 days after an unprotected sex.

On the other hand, EC pills are ineffective in the following cases: with women who are already pregnant, those with undiagnosed vaginal bleeding, and women with an allergy to the products.

Furthermore, EC pills only protect a woman from a single contraceptive emergency. They don’t continue to protect against pregnancy during the rest of the cycle.  Contrary to some beliefs, they don’t harm or disrupt an existing pregnancy neither can they cause an abortion.

IUD, as an emergency contraception, is not recommended for women who are not in an established monogamous relationship and those who have been sexually assaulted.

It’s important to stress that Emergency Contraception should not be used as regular birth control. Other birth control methodsare much better at keeping women from becoming pregnant. Talk with your doctor to decide which one is right for you.