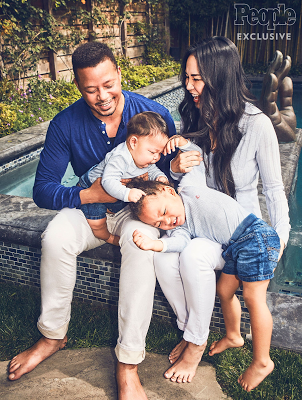 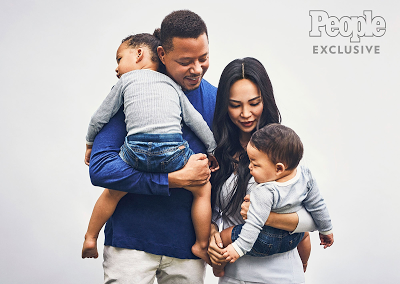 Terrence Howard, 48,ina  new interview revealed marrying his 3rd wife, has made him a better mnan and father.

The Empire star in the interview with People, said:

“See what we have, two strapping young men,” he tells PEOPLE while watching his sons Quirin, 22 months, and Hero, 7 months, play poolside in a Southern California backyard. Becoming a dad to Quirin and Hero — his sons with third wife, Mira, whom he married in 2013. 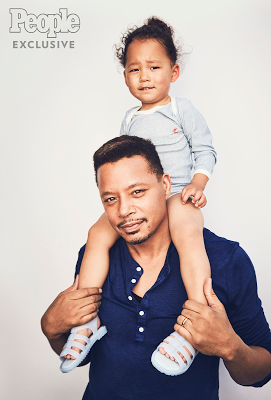 “I was 24 when I started my first batch. I was still becoming a man,” Howard says of being a young father. “I didn’t really put the time in to my kids. I called them every day and they said they saw me more than enough, but I feel like I missed out on a lot of personal time with them. Now I’m more conscious and present this time around.”

According to Terrence, “Consciousness” is a state of being that he and his wife Mira have made a priority for their family.

“He refuses to kill a fly,” Mira, 39, says of Howard. “And we’re trying to teach our kids not to pick flowers.”

“If everyone on this planet just acted like a blade of grass, this would be a beautiful place. A blade of grass only takes what it needs. And if you break it, it doesn’t spend its time cursing you out and trying to hurt you in return, it just keeps growing,” he says. “We all have growing to do.”

Howard however, has three grown children, Aubrey, 23, Hunter,  21, and Heaven, 19, with his first wife, Lori McCommas.

The talented actor, who since his emergence on the Hollywood scene has won several prestigious awards, was married to Lori from 1994; divorced thrice 2005). He met Michelle Grant later and they got in 2010 and divorced her in 2013. He met his 3rd wife in the same year and married her the same year.