Entrepreneur Tania Omotayo Talks About Her EX Wizkid, Her Husband And Endometriosis 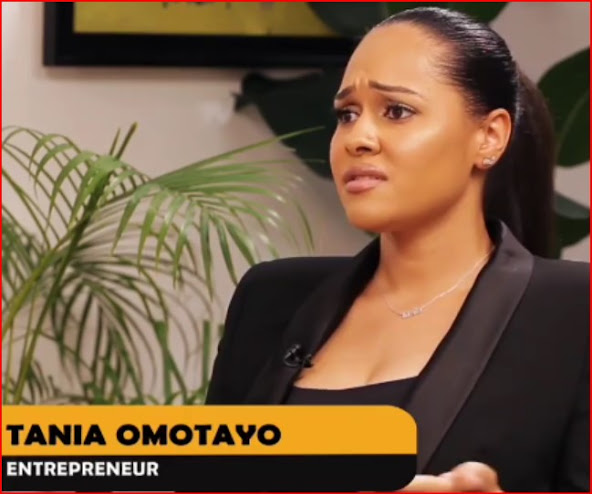 This is just a short clip of the Interview Business woman Tania Omotayo had with Media practitioner Chude.

Note that Tania is EX Girlfriend of crooner Wizkid.

”I had Endometriosis. I’ve had two surgeries. The doctor was like ” no you are still healthy and if by 30 you haven’t had kids then we are going to freeze your eggs.

Luckily I was healthy enough to have a child naturally which was such a huge blessing. I remember telling God that even if I’m gonna have to use a surrogate just give me one.

Q: Does it hurt at anytime when someone says Tania and they’ll be like oh that lady that dated Wizkid.

Tania : Did I not date him? People think it’s insultive but it’s not. You dated the person. I don’t find it offensive.

It did happen, but not what was reported. It has ended. I get messages like “oh your husband is in jail” I’m like “no he’s at home.

People think Omotayo is my surname because when the whole media thing happened the first thing I did was remove Tela from all my social media. I started seeing stuff on social media. They’ll say Tania Tela.

I was like my dad doesn’t deserve this, it’s my issue so I removed Tela from everything. And the media is a bit lazy. Nobody bothered to search. Up on till today people still argue about me denying Lola as my sister.