Episode 5: THE STORY OF TOLA THE UNINTENTIONAL RUNS GIRL. 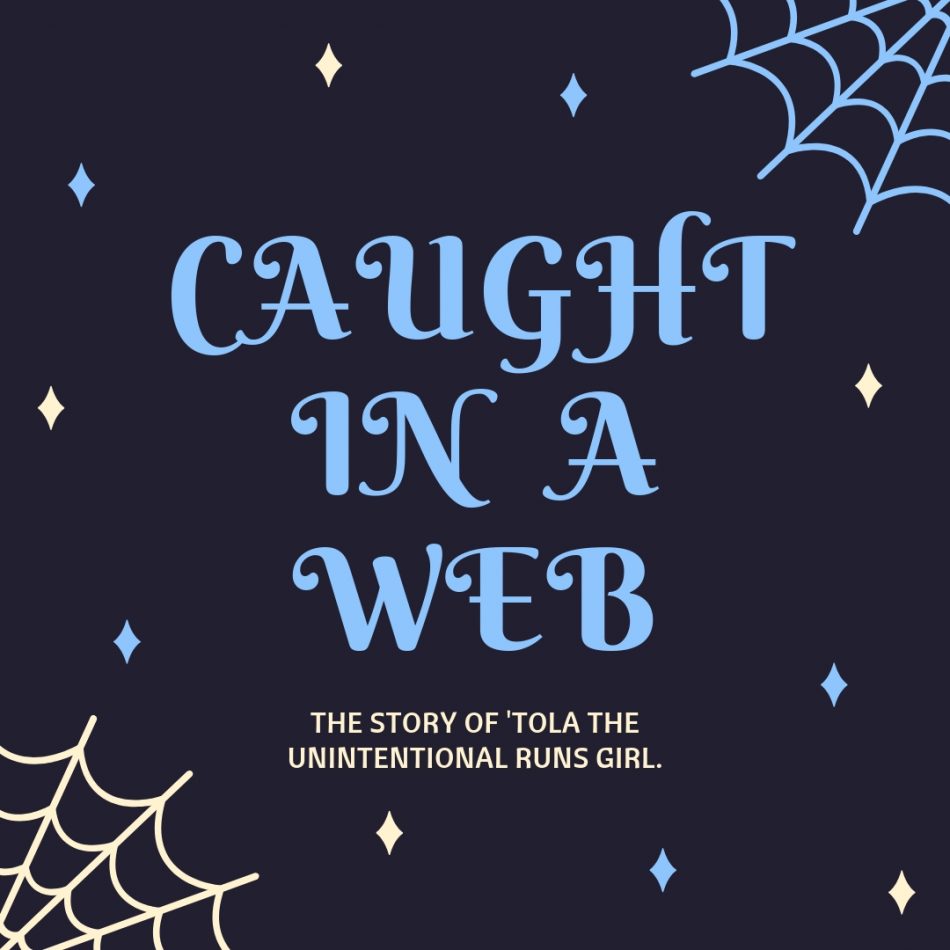 The plan had been simple.

The Chief Inspector had an inside man, working with the dealers. His man was the one that planted the phone in the car so the police could also trace the calls being made and the location of the car. The dealers that Dapo swindled would then be tipped off that Mrs Oni was with the stolen car.
Funke’s mission was to convince Dapo to let her take the car for a drive. He would agree, as always, because he never wanted to get on her bad side. She was supposed to wait for the dealers to call. She would then play the role of the scared confused wife about to be punished for her husband’s crimes, and agree to work with them to take down her husband in order to save herself. They would expect nothing less from a seemingly docile woman.

Acting came easy to Funke. She would deliver her husband to them, one way or another. As soon as they were all gathered in the same place, the Chief Inspector and his team would swoop in and arrest them all.

It had seemed too easy.

But Dapo unknowingly put a wrench in their plans when he gave the girl the car.
She could not completely trust the police to handle the situation stealthily. They weren’t exactly known for their success rates when dealing with crime in the country.
So she had decided, the girl would be bait instead. Good thing too. Or she would have been the one in that parking lot bruised and broken.

Her bedazzled intercom rang and Funke’s forehead creased as she pressed the receive button.
“The Inspector is here to see you ma” her assistant’s voice was a timid squeak.
“Send him in”

There was a click. Seconds later, the door to her dressing room swung open and two men barged into the room. The man in front was a middle aged man in full police uniform; he did not wait for her to offer him a sit. He pulled himself a chair and sank into it. The second man, a junior officer, stood at a respectful distance behind him.
“Good afternoon Chief”
“You messed up the plan!” the words dripped with so much venom she could almost
taste it.
“I know Chief”
“Then why would you do this? Are you trying to double cross us? Don’t tell me you were pretending to help us all this time so you could do something like this at the last minute?! You wretched woman!”

“Chief!” the words came out slowly, menacing. She rose to her full 6ft and looked down at him, her eyes blazed with barely concealed fury. This took the Chief by surprise and he found himself leaning back against the chair.
“Need I remind you that YOU came to me for help? YOU wanted someone close enough to Dapo to know his movements or at least predict them. You can’t catch him without my help. I have nothing to lose here but you do. I wonder what would happen if I report to the Minister that I was being forced to collaborate against my will. You know how much I contribute to your office.”

A vein popped out in the Chief’s neck as the anger bubbled within him. How dare this woman threaten him? He was the Chief Inspector for crying out loud. Their eyes met, the blood drained from his face. Her eyes boring into him, made him feel small, insignificant. This woman was dangerous. In all his years of facing criminals, he had never felt such murderous intent. He opened his mouth to speak, but the words would not come.

Funke gave a lopsided grin.
“Looks like we understand each other Chief. Besides, even you cannot deny that the plan still worked. The girl will be confused. She would want help. If she doesn’t come to you, she will come to me”
“How can you be so sure?” He managed to say.

Funke turned and sashayed to the spotless glass window that overlooked the rest of the studio. A delicate glass candle cup sat on the sill. After a moment’s pause, she grabbed it.
“Because I am Funke Oni! And I always get what I want!”
The cup shattered in her hand.
“Now if you will excuse me Chief, I have to go play the role of the cheated wife. See yourself out”

Tola was still in a daze. She had bruises in places she didn’t know she could bruise.
One eye had swollen shut; her whole body was a painful mess. She didn’t remember anything after she passed out in the parking lot.
She wasn’t even sure how she managed to get herself home. What on earth was going on? Was Dapo involved in some shady business? She dismissed that thought. Her Dapo would never. Someone must be trying to blackmail him, or maybe this was a new way of robbing rich people? Should she go to the police? No, that might complicate things. Besides, the police just like wasting one’s time. She needed to call Dapo.

She dialed. No answer. She tried again, no answer. Maybe it would be better to go see him. If he saw how terrible she looked, he would pity her even more.
An hour later, she was standing in front of Dapo’s duplex. The realization of what she did hit her the moment the door opened. In her rush to make sense of what was going on, she had forgotten one crucial detail.