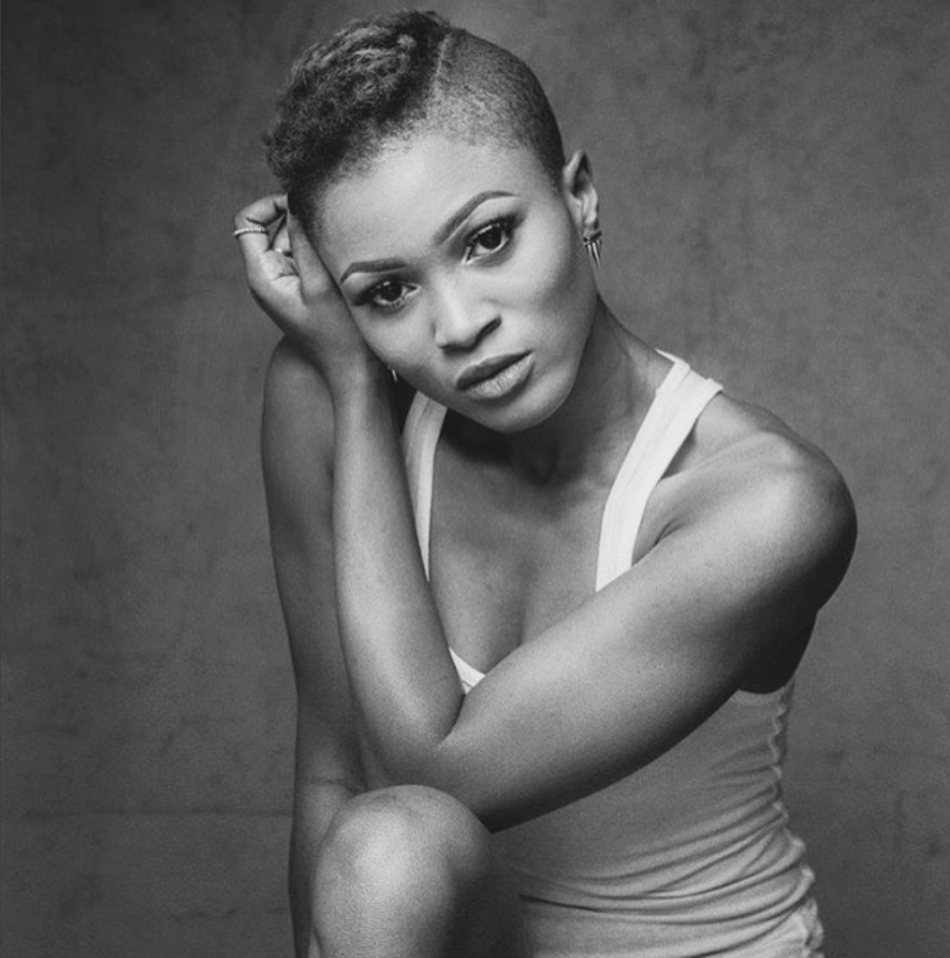 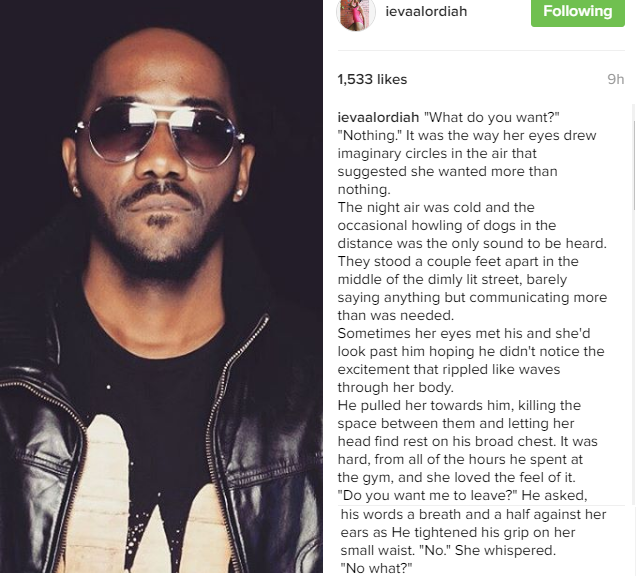 Rapper and makeup artiste, Eva Alordiah, took to social media to pen a romantic message to her man, Caesar.

“What do you want?”
“Nothing.” It was the way her eyes drew imaginary circles in the air that suggested she wanted more than nothing.
The night air was cold and the occasional howling of dogs in the distance was the only sound to be heard. They stood a couple feet apart in the middle of the dimly lit street, barely saying anything but communicating more than was needed.
Sometimes her eyes met his and she’d look past him hoping he didn’t notice the excitement that rippled like waves through her body.
He pulled her towards him, killing the space between them and letting her head find rest on his broad chest. It was hard, from all of the hours he spent at the gym, and she loved the feel of it.
“Do you want me to leave?” He asked, his words a breath and a half against her ears as He tightened his grip on her small waist. “No.” She whispered.
“No what?”
“I want you to stay.”
“For real?”
“Ooohh screw you!” She said with a pout. And he laughed, in that sort of way that made her love him some more. -I found Home with you- she wanted to say, but swallowed the words back in her throat. Maybe it was best to keep some details, she thought.
Maybe one day she would write it to him in a letter, or in a text, or on Instagram like she was doing now. 💪💜 “I found home with You”..@iam_caesar