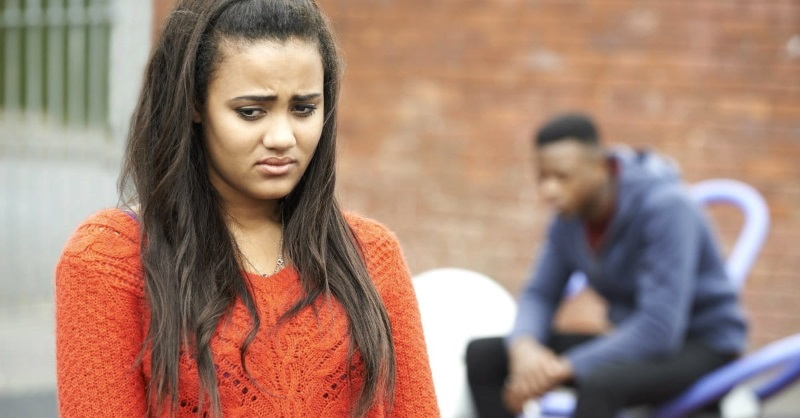 So I had a Relationship with lets call her Bola 4 years ago. It all went well, or so i thought, when one day she ghosted me and when I went to her parents place, they told me to leave their daughter alone and that she doesn’t want to see me. I then unwillingly accepted that instead of breaking up with me, ghosting was her choice. This really messed with me and i was depressed over several months and barely ate anything, when i then learned through some mutual friends that she and her parents moved to Lagos, all my hopes for reconciliation were shattered but it slowly gave me the strength to move on and i did.

Well 2 weeks ago while i was with some friends, i got a call from my neighbour ( we became good friends over the years after my breakup) telling me that a women and a child where waiting on my porch. I asked if she could ask them why they are waiting and call me back.

2 mins later i got another call from my neighbour, telling me that the women said I knew her and notified me that they are at hers waiting from me, since it was cold outside.

I drove back home and went to my neighbours and to my surprise it was Bola with a little girl. Well i was happy,confused and angry when i saw her and asked her why she came back. But she wanted to speak privately so i thanked my neighbour for everything and when we were at my home she told me her version of what happened 4 years ago.

She said she became pregnant and instead of telling me, she went to her parents ( who are highly religious Christians and where never fond of me tbh ) for advice and they made sure she wouldn’t contact me and moved away and that the little girl named Bidemi (3) was mine and said that she wouldn’t be upset if i wanted to have do a paternity test.

I told her thats alot to comprehend and yes i would like to do a paternity test, even if recognised that Bidemi had many similarities with me. I asked her where she is staying and she told me that they didn’t have a place yet.

I offered her that they could stay in the guest room and she accepted. Well we did a paternety test and while waiting for the results, i suggested to Bola that we buy her and Bidemi new clothing since hers wasn’t suited for the colder climate here in Jos and they didn’t have anything with them.

The paternety test came back a few days ago and i am the father. I was relieved since i started to bond with my daughter. Me and Bola did a catch up where she answered every of my questions and i must admit started to fall in love with her again.

But i am angry at her that she didnt stood against her parents and that i missed so much from my daughters life and the experience from 4 years ago didnt left me unharmed and i started to become anxious lately and cant sleep since i get haunted from nightmares where she just vanishes again.

So i wanted to ask you for tips and advice how to handle all of it. What should i do?

Comments to Ex GF appeared back in my life with my child i didn’t know i had.