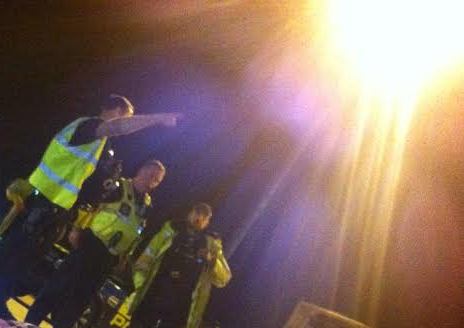 A Nigerian woman held at Britain’s immigration detention center is pleading with the authorities to not send her back to her home country, because her ex-husband is allegedly waiting to kill her.

The unnamed mother-of-four, who fled to Britain seeking asylum for allegedly being persecuted in Nigeria for being a lesbian, opened up to Detained Voices ahead of her scheduled deportation next week.

“I claimed asylum which was refused because of my sexuality. I am a lesbian which is not ok in Nigeria,” the woman said.

“Last week my friend called from Nigeria, she is looking after my four children in Nigeria. My ex-husband called her, he is trying to take my children away from her. She has been forced to leave their home with my children.

“My ex-husband said he knows I am being deported next week. He is waiting for me. He is planning to kill me.”

The woman, who has been in detention since September, claimed she had to hide her sexuality for years following being forced to marry a man.

Asylum seekers who are successful with their application are granted a five-year refugee status by the UK Border Agency. After 5-years, the application is again reviewed can be refused if the Home Office decides that circumstances in the country of origin are no longer threatening to the person seeking asylum.

“I have been living a miserable life since I was born, because I have to hide my sexuality. I cannot be free. I thought in UK I would be able to be lesbian and live free. But now they are trying to deport me to a country where I will not be safe because of my sexuality,” the woman added.

A Home Office spokesman who spoke to RT said:

“We do not routinely comment on individual cases. Every claim for asylum in the UK is carefully considered on its individual merit”