Fashola or Fayemi To Emerge as Chief of Staff – Reports 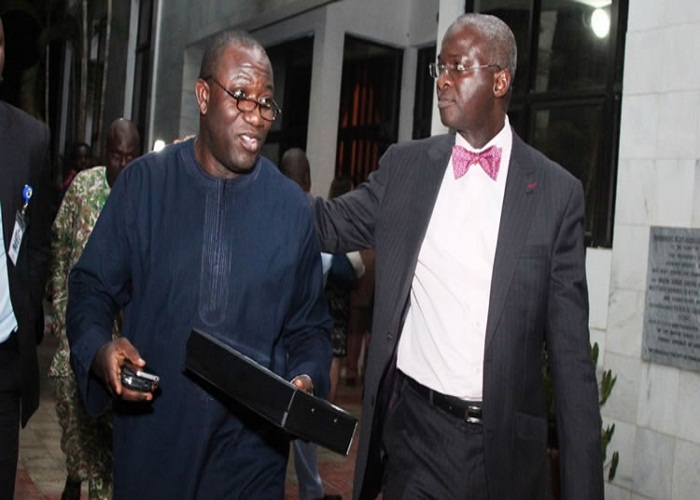 Words on the street say the shape and faces to the Muhammadu Buharia dministration will begin to unfold today baring any last minute change of mind by the president, Vanguard has learnt. Among those to be named are the Chief of Staff, Secretary to the Government of the Federation, SGF and personal staff of the president and the vice-president.

Yesterday, the president requested the Senate to approve 15 special advisers for him. Meanwhile, the delay in the announcement of senior officials of the new administration, it was learnt yesterday, flowed from the delay by the former officials of Goodluck Jonathan administration in forwarding their handover notes to the transition committee constituted by Buhari.

Abubakar Mamu is also being considered for the position.