My Father Is Being Held In Kano – Father Cries Out 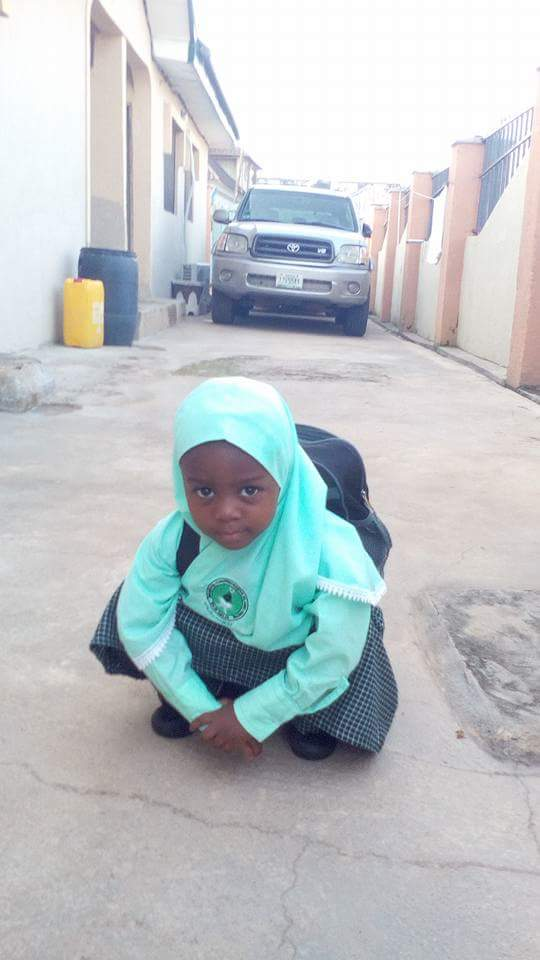 Mr. Umar Suleiman, who last year cried out that his daughter  Khadija, was abducted in the Kuje area of the Federal Capital Territory has come out to claim she is still being held in Kano.

Suleiman, while speaking to Northern City News on the telephone on Monday, said the body of a girl found wasn’t his daughter.

“I was there; I saw the girl’s remains; she was not my daughter. She is still missing. The woman (abductor) stole two children and the girl dumped under the bridge was a girl wearing diaper. My daughter stopped wearing diaper a long time ago. That day, she stole two children and one of them was on her back. I believe it was the small girl on her back that her remains were seen.”

He continued:
“To be sincere, my daughter is still alive and the people (abductors) are keeping her because of the publicity. I suspect that they are keeping her, giving her food and not allowing her to go out.
“I don’t know if you have anybody in Kano because in Kano children get missing every week, at least, three to five children. I am looking at the possibility that the syndicate may have infiltrated Abuja. It is not only my daughter who is missing in Abuja.”

When asked how he arrived at the conclusion, Suleiman replied,

“I have the feeling that Kano is where they are keeping my daughter. I don’t know the specific place but that is where my daughter is.”

“I went to the DSS; I even saw the Director of FCT Command. Anytime I go to his office, it does not take five minutes for me to see him. But whenever I call him for updates, he always tells me that those guys (kidnappers) are members of a syndicate and they (DSS) had not been able to make any headway but they will continue to work on it,” he stated.

Suleiman alleged that the police asked for money to investigate his daughter’s abduction.

“The first time the case was transferred to SARS, they were asking for a huge sum of money for investigations. Somebody in Lagos directed me to the CIB Command in Area 6 (Abuja). Less than one week after I reported the case to CIB, they were able to make arrests. I was with SARS when they were investigating the case but they did not do anything,” he said.

FCT police spokesman, Manzah Anjuguri, denied claims of police asking for money, saying Suleiman did not lodge any complaint when he met with him shortly after his daughter was abducted.