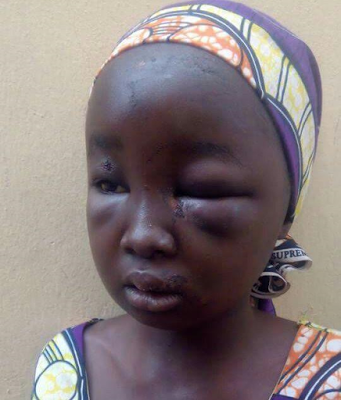 A man named Saminu Umar, has remanded for battering his ten-year old daughter.

According to Daily Nigerian, Umar beat  his daughter Naja’atu to a pulp for visiting her uncle without his permission. It took neighbours to stop the beating after the child’s loud cries were heard and they all had to rush in.

The case was then reported at the  Rijiyar Zaki Police Division in Kano by the neighbours.

Following his arrest, he was later charged to court. Reports have it that there is every possibility that the young girl loses her  sight due to magnitude of injuries she suffered.

The child’s mother was said to have left Umar 8-years back, following their divorce, which meant Naja’atu, had to be taken cared of by her father’s new wife.

The defendant pleaded guilty to the charge. In his words:

“It is a harsh decision, Umar said. “It is nothing but the act of the devil. I really regret my actions”