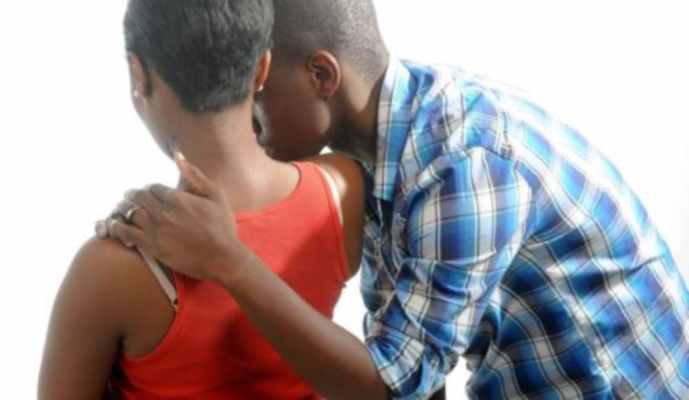 Mike’s wife was pregnant and they were all excited and expectant. A short while into the pregnancy and his wife had a miscarriage. His wife was devastated and confused and many other inexplicable feelings. Mike on the other hand was, well….he was not really sure. Okay, he did feel sad but he also felt that it wasn’t really his place to feel sad since he hadn’t carried the baby. He also felt helpless since he knew his wife was distraught but there was nothing he could do to make it all go away. So he decided to be strong for his wife and everybody else seemed to work with him on that.

Many times men are forgotten when there is a miscarriage. True, the woman carried the pregnancy but people (including medical personnel) forget that the man was always a part of the equation albeit a less emotional part. The man was there all along and is therefore also grieving but he gets thrown to the back burner as everyone focuses on comforting the mother.

Don’t know what to say

A new study from the Miscarriage Association and the University College London found that men whose partners experienced a miscarriage often feel invisible and can’t really talk about their feelings. 85 percent felt sad while 58 percent were in shock. 47 percent had sleep problems, 58 percent struggled to concentrate and 48 percent admitted that it affected their work. Even with such effects, 46 percent didn’t tell their partners how they were feeling (but told others) and 20 percent didn’t mention feelings of pain and loss with their partner at all.

When asked why, many of the men said that they didn’t say anything because they were worried about saying the wrong thing and making the situation worse for their partners. That is very noble of them but they forget (and so does everyone else) that they have also experienced loss. They also need to take time to grieve because they were parents-to-be as well.

Gender conditioning from societal expectation pits the man as the strong one at all times. Men therefore have a difficult time in situations such as these. They focus on being the immovable solid rock for their partner thus denying themselves a chance to grieve.

Going through grief is important because it allows you to feel sad because of what happened and then make peace with it. This allows you to better move on with life and applies to both men and women. A good way for a couple to deal with miscarriage would be to remember that they are in it together and both are entitled to their own share and degree of pain.

Talk things out together, share with each other how you feel and cry if you must until you get to the point where you can face a new day without feeling like the world is about to end. Couples counselling can also be a good option. Both these methods provide a platform where you can share your emotions with each other, grieve together and strengthen your bond as a couple. It is important because such a loss can easily tear a marriage apart.

Empathize with each other and find out how best to support each other. Remember your marriage needs to withstand this test so make sure that you don’t retreat into a little cocoon and shut the world out. Carry each other’s burden and walk through it to emerge victorious at the end. If you can talk to other couples who understand what you are both feeling do so because as cliché as it may be, no man is an island and we all need each other.

Comments to Fathers also need Support after a Miscarriage