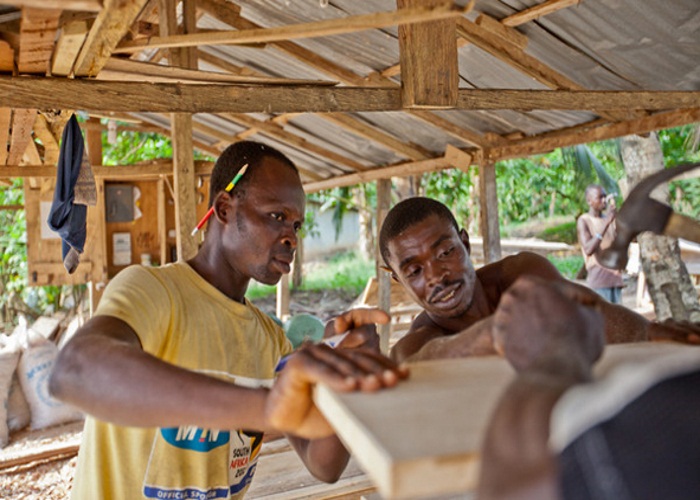 Governor of Ekiti State, Ayodele Fayose, has awarded N1.2 billion worth of contract to Carpenters and Furniture Association of Ekiti State.

The association on Monday evening signed a Memorandum of Understanding with the state government on the contract.

The Chief of Staff, Chief Dipo Anisulowo, who represented the governor, said the contract was part of the Stomach Infrastructure Programme of Fayose.

“This is an empowerment project. We are awarding the furniture aspect of the Millennium Development Goals project to these local furniture makers. The project covers about six Local Government Areas in Ekiti State, so they will make the chairs and the tables for all the schools in the six LGAs.

“The whole project would cost the government about N1.2 billion. This gesture by the governor is the first of its kind in Ekiti State. The governor did this to make good his promise to empower local contractors and artisans in the state,” he said.

Anisulowo appealed to the artisans to make good use of the opportunity.

He said, “I hope you would not disappoint the governor because he has reposed a lot of confidence in you to have given you this project. I pray you will reciprocate his kind gesture by doing a very good job.”

Chairman of the association, Evangelist Micheal Adeyemi (JP), expressed gratitude to the state government on behalf of members.