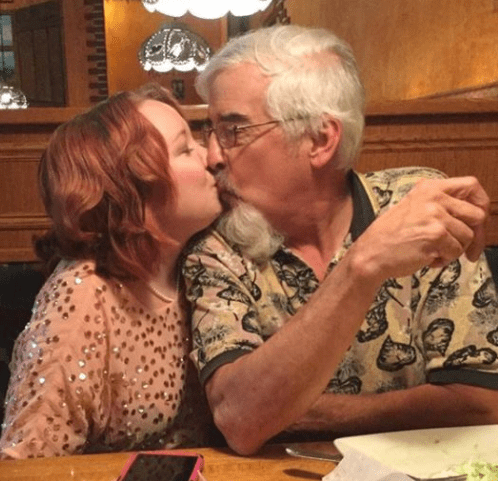 22-year-old Molly is dating  Tom, 64. According to Molly, losing her virginity to Tom was “great” as he has been patient with her in bed.

Molly told Metro US; “He’s been my only one so I can’t compare to anyone else. He has been patient with me in life and in the bedroom. It’s great, we have lots of fun.”

Molly and Tom met in 2016 at the Pennsylvania flea market where they both work after Molly took over her parents’ stand as her mother battled cancer. She said she was immediately attracted to her fellow vendor and that they had their first date shortly after she confessed her feelings to a friend.

“I got a major crush on him, and was telling my friend one weekend. The next weekend he asked me out to the beer and wine festival.

I had to get my parent’s permission, since I still lived with them. We went out after that on thrifting trips and we texted a lot. He even took me to my friend’s mother’s funeral.” 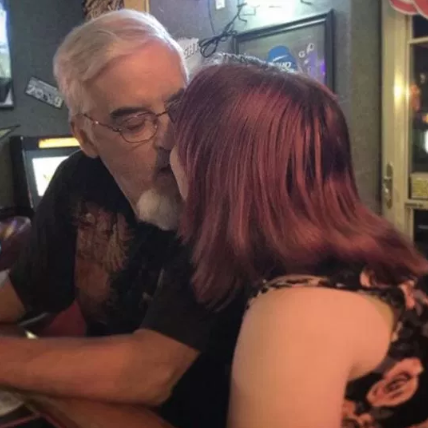 Molly’s father is 22 years younger than Tom but that hasn’t deterred her from starting a life together with her much older lover, who is old enough to be her grandfather.

“We currently live together and we get along with each other’s family well. We are both pretty odd and get along well.

I collect dolls and he collects local history items, among our many other collections.

Our music taste is pretty much the same and we bonded over songs, that was very important, we both like odd and out there bands and we had some in common from the beginning.

Our favorite band, that I turned him on to, is Big Black Delta, it’s very important to us. I go to parties that his friends throw and it’s nice, drinking and card games, tame and very fun.

Initially I was solely attracted to him based on looks but then I fell in love with Tom as a whole person.

He’s so wonderful and is like a prime example of an excellent boyfriend, although my parents weren’t happy when we first got together. My stepmother is supportive of it now (Molly’s mother lost her battle with cancer shortly after they started dating).

We really haven’t had any encounters where our ages were an issue. There have been a few times where middle aged women haven seen me hanging on him and they proceed to hang on their husbands, give us dirty looks and one even had her husband look at us. I find that very funny though.

As long as you’re not hurting anyone, not breaking laws and are happy and comfortable, do whatever you want.

I’m in a very difficult place in my life that I know a younger guy couldn’t help me through and Tom is very patient with me, which I really need in my life.”

The couple have no plans to get married or have children.