WHAT IS OVULATION: FEMALE OVULATION EXPLAINED 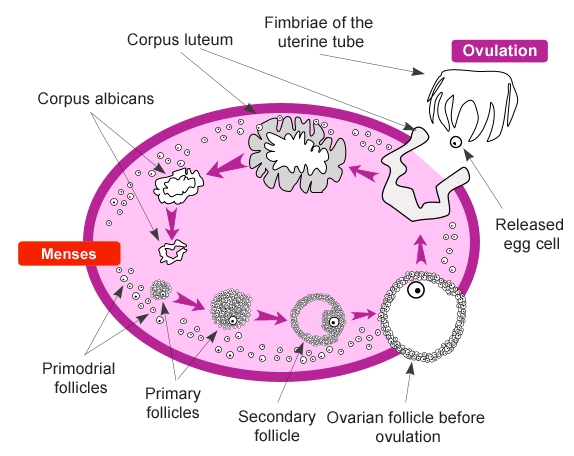 Ovulation runs on a cycle. Every woman is different; however learning how to track your own cycle can greatly increase the chance that you will become pregnant. Learning your body plays a key role in conception.

Every month, the ovaries produce approximately 10-15 eggs that mature. In total, there are thousands and thousands of immature, or un-ripe, eggs. Only one of those will make their way through the fallopian tube. This egg will be the healthiest, and ripest, of the 10-15. This is the process of ovulation.

Five days before and the day of ovulation are the most ideal times for fertilization of the egg to occur. This is when couples should proceed with sexual activity, as the greatest chances of becoming pregnant are imminent.

There are many different ways in which a woman might know if she is ovulating. Once she begins to learn her cycle, she can then predict its pattern every month and will even be able to track when she will get her period.

Some of the signs of ovulation include stomach cramping, tender and sore breasts, headaches, moodiness, fatigue, and increased sex drive all point to impending ovulation.

Fertile cervical mucus is slippery and clear. This will be visible when wiping. It is also stretchy and has the consistency of egg whites. This is how you will know you are most fertile. It is this cervical mucus that will help the sperm travel through the vaginal canal, into the cervix and find the egg which has been released from ovulation and allow fertilization to take place.