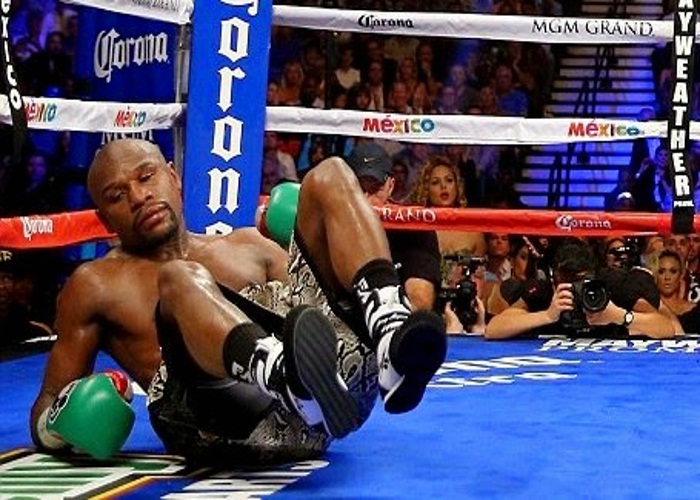 Floyd Mayweather was ‘knocked out’ during a sparring session with Zab Judah on Sunday.

Undefeated Mayweather  is unbeaten after 47 bouts with 26 KOs was knocked out in training ahead of his mega fight against Manny Pacquiao on May 2.

A source, who was at the Mayweather Boxing Club, spoke on the condition of anonymity when they told us,

“Zab hit Mayweather with a good shot, a left hook to the body, and he went down.”

“To my knowledge Money has never gone down ever. Not in sparring, or in the ring.”
But the insider also added, “It’s not unusual for a boxer to get hit hard in training and go down. And Floyd responded well. When he got up, he finished the session.

“And he beat Zab to a bloody pulp, however he was down for more than a 10 count so technically he was knocked out.”