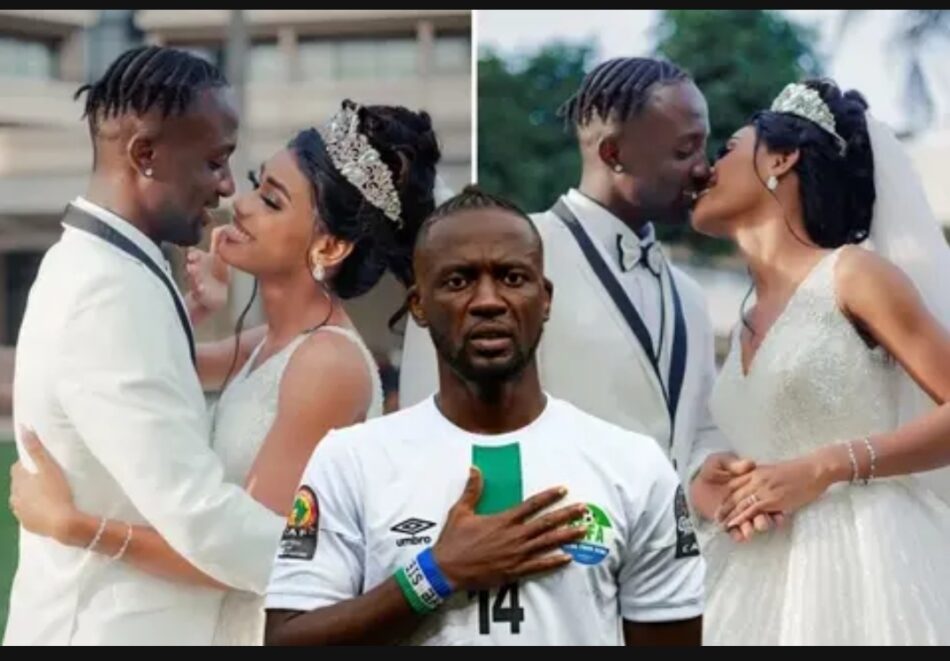 Mohamed Buya Turay signed for the Swedish outfit after playing in the Chinese Super League with Hebei China Fortune and Henan Songshan Longmen.

His wedding was set for July 21 but Malmo wanted the 27-year-old to join up with them as soon as possible so he had to miss his wedding.

It has now been revealed that his brother switched places with him at the wedding to walk the aisle alongside bride, Suad Baydoun.

Turay told Swedish newspaper Aftonbladet: ‘We got married on July 21 in Sierra Leone. But I was not there because Malmo asked me to arrive earlier.’