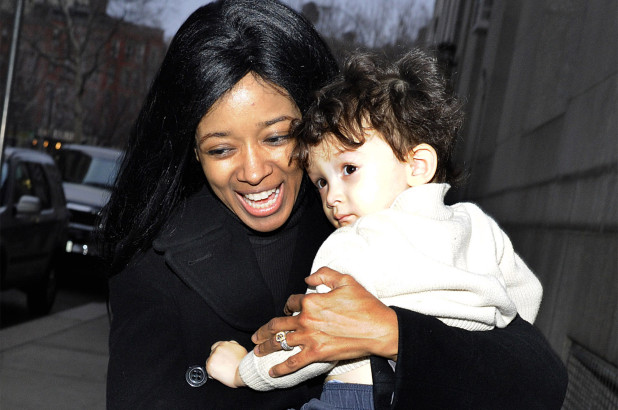 A Former Playboy centerfold model, Stephanie Adams and her 7-year-old son have died after jumping from a New York hotel, yesterday May 18.

According to reports, the woman plunged to her death along with her 7-year-old child after apparently jumping off the balcony of the Gotham penthouse hotel suite she was staying in.

The Police revealed that, the 47-year-old model had been in bitter custody battle with her allegedly abusive and estranged husband over their son, Vincent.

Adams had recently been asked that she hand over her son’s passport to the police as well as meet her estranged husband Charles Nicolai at a police precinct for handovers of their child.

A hotel employee who works at a restaurant in the building says the mother and son fell from the 25th floor.