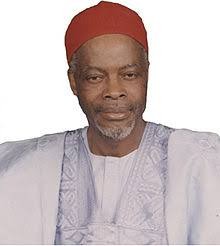 Obinna, who was reportedly in his 20s, died in the United States of America from a cold related ailment. He studied in the US and was residing in Maryland prior to his death.

He said: “Obinna was a warm and personable person, he died abroad. His exit is painful not just to his family but everybody who knew him.”

The mother of the deceased, Senator (Mrs) Magery Okadigbo, was said to have traveled to the US to arrange for the return of remains of Obinna.