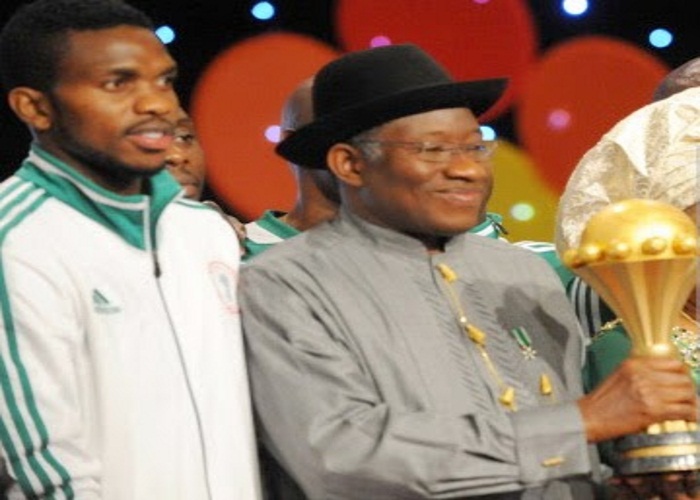 In an article titled Mirror, Mirror on the wall, who is the fittest of them all? (supposedly) written by former Super Eagles captain, Joseph Yobo, the ex-international comes for the APC presidential candidate, questioning his health and praising president Jonathan’s physical condition. It was posted as a statement written by Joseph Yobo. Read below…

For the sake of clarity, I must first point out that while all work and no play makes Jack a dull boy, it is all work and no exercise that makes him an unfit one. From all indications earlier in the week, Friday 7th March, 2015 was meant to be a busy day for members and supporters of both the ruling People’s Democratic Party and the opposition APC.

In Abuja, there was a scheduled fitness march to keep the blood of Nigerian sports people along with party hierarchy and President Goodluck Jonathan, buzzing. An equivalent march in Lagos, billed initially to be a million-man march of opposition members was to hold in Lagos from Maryland to Teslim Balogun Stadium, Surulere. 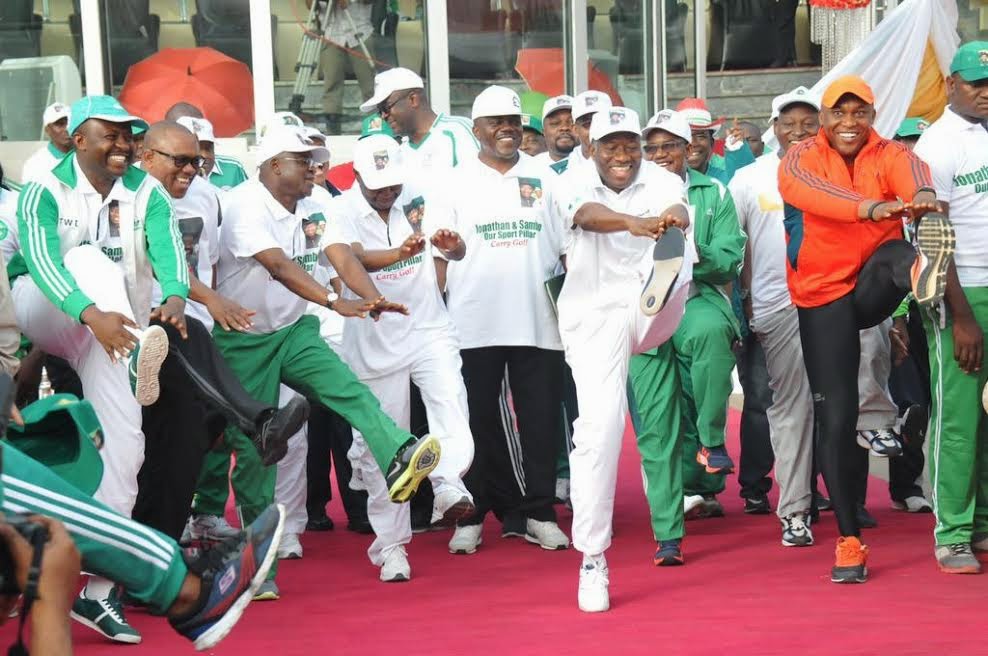 As early as 8am, I and several other supporters of the President walked with him from Aso Rock to Eagle Square where we also jogged around. Some of the pictures from the walk have been swarming social media; one in particular stood out. It was that of President Jonathan doing the hop in an aerobics session. Pictures of him working out in the gym have surfaced from time to time and this further proved that the man is mentally and physically fit to rule Nigeria.
Immediately after the rally ended at 11am, he went back to the State House, freshened up and flew to pay courtesy visits to the Ooni of Ife and Owa Obokun of Ijesaland and attend rallies in their domain.
Enter General Muhammadu Buhari (rtd). After he and his party played hide-and-seek with Nigerians over his whereabouts, the man returned to the country and was conspicuously missing from a march that was the perfect opportunity for him and the top party brass to reassure their supporters that he was fit as a fiddle. The job of president of a country with over 170 million people is a tasking one and surely it would have been convenient for a man who insists he was on a two-week rest to have at least walked with the people who will vote him for say one-thirds of the march? The party chieftains including Bola Tinubu and even its vice-presidential candidate, Prof. Yomi Osinbajo were present at the final stop, so why was the arrowhead of the campaign missing in action?
Why is the opposition shoving in our youthful faces, a grandfather who needs rest, an elder statesman who ought to be chilling in his country home in times like this? Assuming their candidate wins the presidential elections, will he disappear periodically too?
Nigerians must take a stand and decide to do what is right. Seeing is believing; we cannot saddle ourselves with a President whose health challenges will affect his output in office. General Buhari was once a gallant soldier but no one can cheat nature.
I, who by the grace of God and the support of sports loving President Jonathan led the Super Eagles to historic victory in the Africa Cup of Nations after a trophy less 19 years and having played football at the highest levels can boldly affirm that the secret to the game is in endurance, and the events of recent times point us to the fact that Nigeria needs just the man who stood and can last. The Game is on.