Founder of DAAR Communications, Raymond Dokpesi Snr, and 7 members of his family test positive for Coronavirus 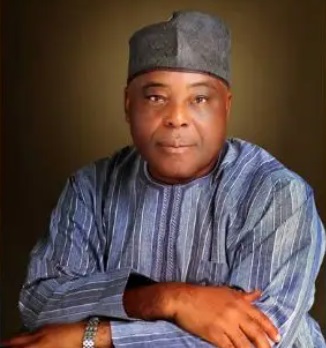 Chief Raymond Dokpesi, founder of Daar communications, his daughter-in law, along with six members of his family, have tested positive for Coronavirus.

This is coming 3 days after his son and chairman of the board of the company, Raymond Dokpesi Jnr tested positive for the virus.

A test conducted by the Nigeria Centre for Disease Control, NCDC on the Dokpesi family came out positive for eight members of the family

Reacting to the development, Dokpesi who spoke shortly after the arrival of the NCDC Ambulance, said he feels very well.

“I am of quite ok, i feel very well”, he said, an indication that his condition is still asymptotic

On Monday, his son, Raymond Jnr, tested positive for the virus and has been sent to the Isolation center in Abuja. Contact tracing immediately commenced with his family members including his father, High Chief Dokpesi and members of his household.

The test was later extended to senior management and members of staff who had been in close contact with the company’s index case.

The entire DAAR headquarters building sitting aloft the Kpaduma hills in Asokoro District Of Abuja have since been fumigated.