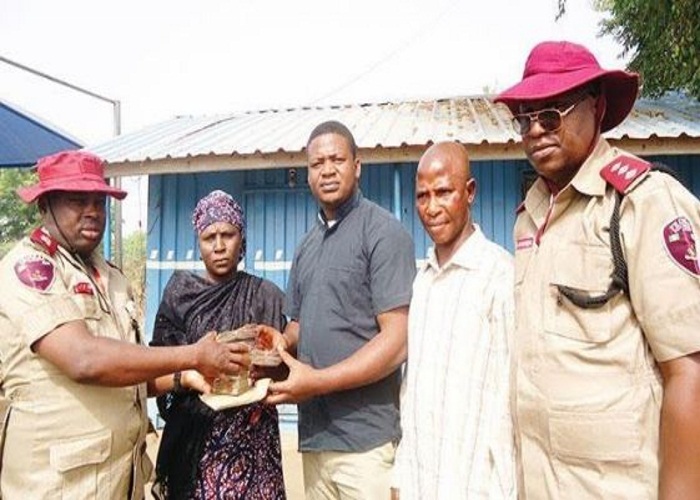 The sum of N514, 150:00 was recovered at an accident scene at Kwaita village, on the Abuja-Lokoja road by a rescue team of the Yangoji unit command of the Federal Road Safety Corps (FRSC) on Saturday, December 26.

The unit commander of the FRSC, Mr. Joseph Ezeh disclosed this to a Daily Trust reporter while handing over the money to one of the survivors of the accident. Mr Ezeh said the money was recovered after two vehicles, Toyota Corolla and Nissan Sunny cars collided.

The team who rushed to the scene to rescue the victims recovered the large sum. Fortunately, the victims from the two vehicles, including a reverend father came out of the accident unhurt.

“Although, the money was from the two vehicles which did not belong to one person, thank God all the victims involved escaped unhurt before they all came and resolved among themselves that the money be hand-over to one of them,” Mr Ezeh said.

(Photo of the Acting unit head of operations, Yangoji unit command of the Federal Road Safety Corps (FRSC), Amadi Chika, left, handing the money over to the owners on Sunday, December 27)