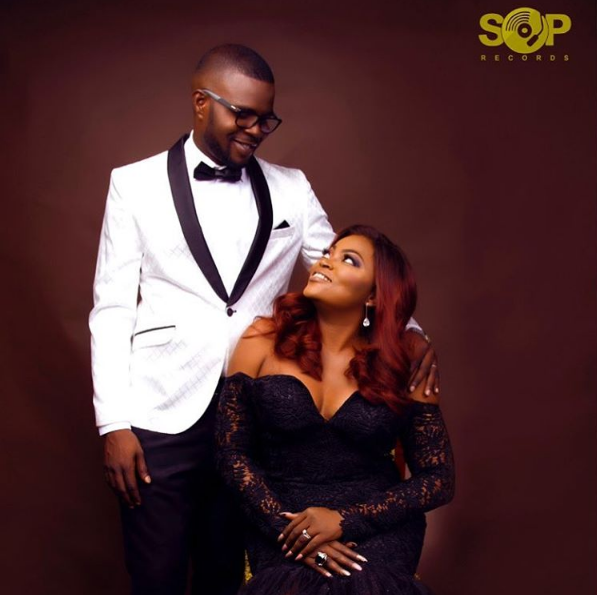 Nollywod actress and producer, Funke Akindele has penned down a romantic birthday message to her husband,JJC Skillz..S

If I had to do it all again, baby it will be with you?? happy birthday my king. Thanks for always being selfless, you are forever ready to share your knowledge with anyone. God bless and protect you always BOLARINDE?. I love you boo??. #happybirthday #jjcskillz @jjcskillz

Funke, who recently won big at the just concluded AMVCA while giving her speech said:

“I don’t have a life anymore because of Jenifa’s Diary. I sleep, eat, talk Jenifa. It has not been easy and I wouldn’t have coped if I didn’t marry my husband, Abdulrasheed Bello.”

In an interview, JJC Skillz said of his wife, Funke,

“She had an idea called Jenifa’s Diary that she wanted to do, and she was looking for a good director and cameraman, so she called me to help her shoot the TV series, and that was how we met.”

He confessed that he fell in love not only with the script but with Funke.

“Absolutely, it was an instant connection. In fact, it was love at first sight. I saw her, she saw me and, we saw stars. From that point on, everything was aligned.”
According to him, their union would work because, “The truth is I work really hard all the time, and a lot of the people I dated in the past used to complain that I did not devote time to them. But now, I have found my better-half who works as hard as I do, so it is a perfect combination, and the world is in trouble because we are the perfect team. As I am playing music, she is making me laugh. We have the perfect synergy, and what we are working on right now will blow people’s minds away. And I want to advise people in the entertainment industry to go and look for their better-half within the same industry, because it will give you more focus and direction.”