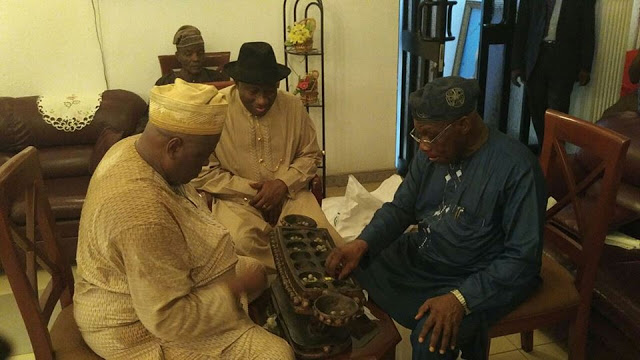 Garba Shehu, the spokesman for president Muhammadu Buhari, has slammed ex- president , Goodluck Jonathan for visiting Obasanjo at Ota when he is supposed to be attending Donald Trump’s inauguration.
Garba, obviously not down with this took to social media and wrote:

He is alive and well! President Buhari is not magical. He cannot be holidaying in the UK and be in Germany, dead or alive at the same time.
He is unlike a past President who was at Ota, with Chief Obasanjo and attending the Trump inauguration in D.C, being in two places at the same time!

Goodluck was pictured with Obasanjo yesterday, In Ota, as the latter showed him around his village.