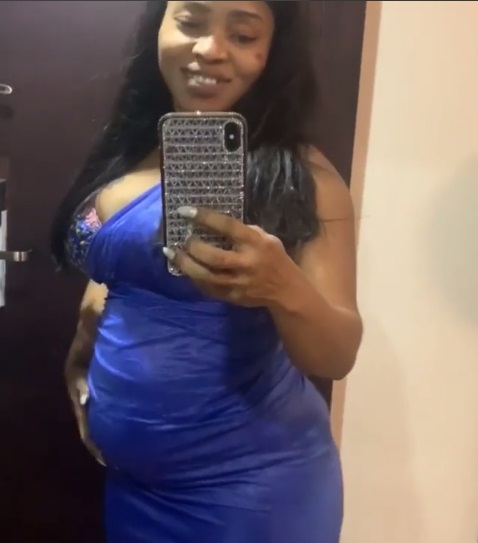 Halima Abubakar has released a video of her baby bump as a response to those accusing her of faking her pregnancy.

The actress was accused of this after a mother called her out for stealing her baby’s photo and posting online to pass it off as her child (read here).

Halima responded by explaining that she only used the photo pending when she takes a picture of her son. However, some people accused her of faking her pregnancy.

The actress has now denied the accusation by releasing a throwback video of her when she was pregnant.