Gov. Ambode To Provide 20 New Rural Roads In Each LGA Every Year 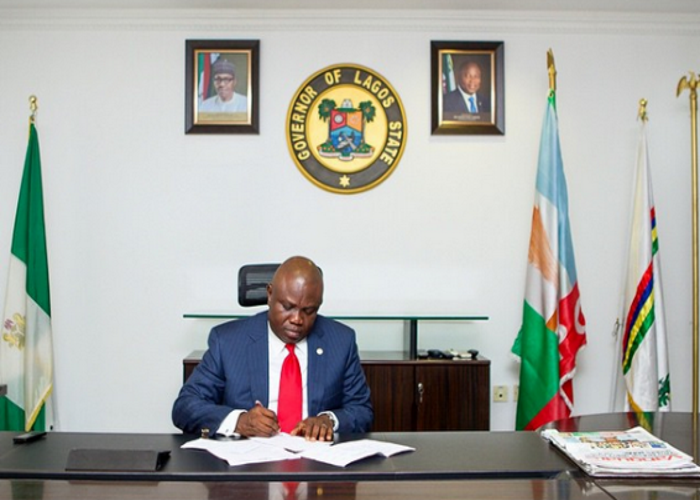 Lagos State Governor, Mr Akinwunmi Ambode, yesterday, said his administration is committed to provide 20 new rural roads every year in each Local Government, as well as the development of communities across the state.

Ambode, said this during a meeting with members of the Neighbourhood Watch and Community Development Committees, CDCs, at the Lagos House, Alausa, Ikeja.

Ambode, who was represented at the event by his Deputy, Dr. Oluranti Adebule, said his administration’s policy is to give back government to the communities.

He also appreciated the contributions of the Neighbourhood Watch members to the maintenance of law and order in the communities, adding that there was the need for the Neighbourhood to embark on self appraisal in order to ensure that the members live up to the expectations.

The Coordinator of the Neighbourhood Watch, Alhaji Akeem Sanni commended the state government for always recognizing the Watchers. He said that whatever the members lack in terms of equipment would be channelled to the governor.