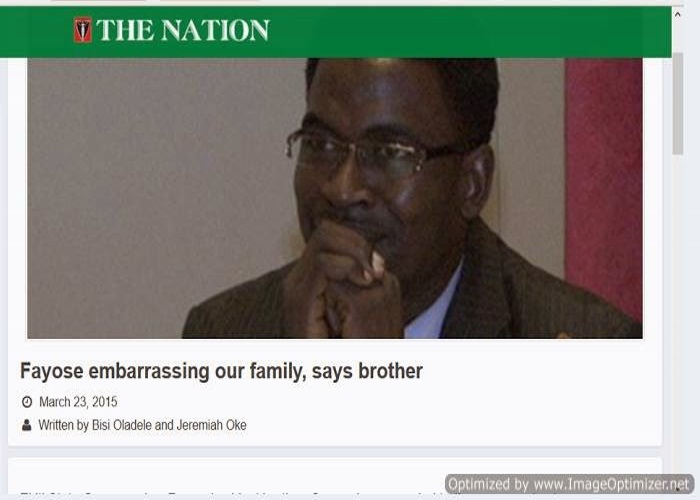 A Public Relations and Media practitioner based in Lagos, Nigeria, Mr Olusegun Sunday Fayose has dissociated himself from an online story first published in the Nation Newspapers of Monday 23rd March, 2015, in which his picture was used to illustrate a damning interview purportedly granted the newspaper by one Olusegun Fayose, identified in the report as the elder brother of His Excellency, Governor Ayo Fayose of Ekiti state.

In a statement I just received from his team, Mr Fayose, lead consultant/MD of Hexagon Media and former head of corporate communication/PR manager of MultiChoice Nigeria, clarified that he never granted any interview to the newspaper or any other news medium within or outside the country. He also averred that he is not related to the Governor of Ekiti State, a fact which he said is not lost on any diligent media practitioner in the country and wondered how any responsible journalist could publish his picture as that of the elder brother of the Governor especially with the benefit of several online search engines at the disposal of media practitioners.

Mr Fayose further explained that the similarity in his surname and that of the Governor is a mere coincidence and wonders why two reporters (Bisi Oladele and Jeremiah Oke) who claimed that they conducted the interview in Ibadan, Oyo state with Governor Ayo Fayose’s elder brother, preferred to shop for the online picture of an innocent bystander to illustrate such a sensitive story at this critical period in the electoral process, instead of using the actual picture of the interviewee.

‘As a media practitioner, I find this development rather shocking because the journalists were in a position to take live pictures of the interviewee at the venue of the interview. Should they have failed in doing this, they could have returned to correct the oversight or politely ask for a selfie which could be forwarded to them. There is also the option of using professional networking sites to access the details or picture(s) of their subject. So, I find it strange and curious that they (the reporters) could not remember the face of a subject they purportedly interviewed in less than 24 hours, he said.’

The statement called on leading blogs to retract the story or risk legal actions if corrective measures are not implemented within the next 24 hours. 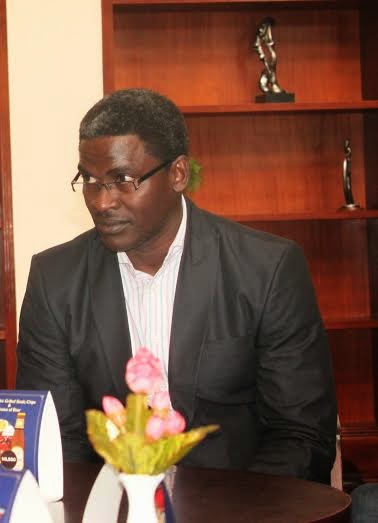 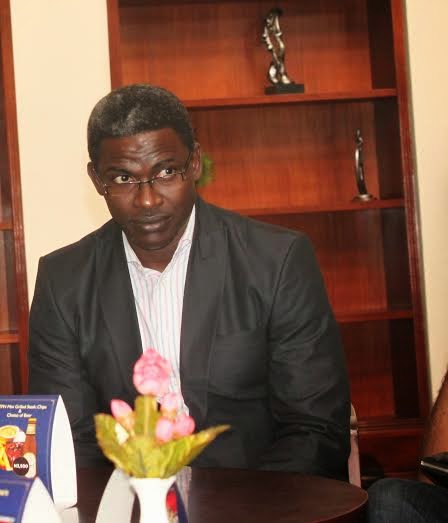