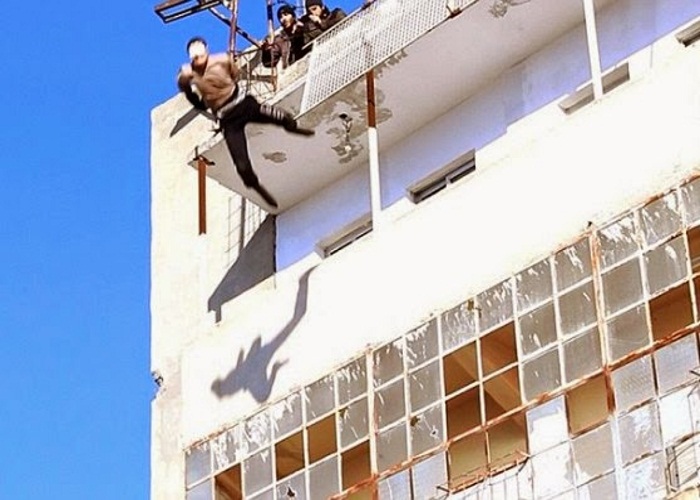 The ISIS insurgent group are not taking their mission lightly as they have continued to publicly punish and execute people who disobey their ‘rules’.

The group blindfolded a man who was accused of being gay and led him to the rooftop of a tall building where he was thrown down to his death, the man died on the spot.

This devilish act happened while a crowd watched in Ar-Raqqah city in Syria.
While we still condemning the acts of barbarism, do you think anyone deserves to be thrown to their death like that?