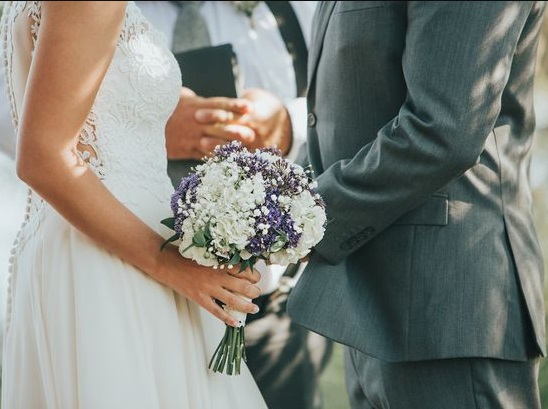 A man has banned his brother and his girlfriend from attending his wedding after he found out that his brother had other plans. And despite pleas from his family, he’s standing firm on his decision.

The 28-year-old is set to marry his partner later this month. Among the guests invited were his brother and his girlfriend, who had confirmed they would be attending.

However, in the build up to the big day, his brother sent him a message with a picture of him holding an engagement ring and the words “soon”.

He was excited for his brother and asked him when he planned to propose to his girlfriend and his brother replied: “I’ll probably do it at your wedding.”

The groom thought his brother must be joking since it is common knowledge not to propose or announce pregnancies at someone else’s wedding, but he found out that his brother was serious and this shocked him, so he banned his brother from his wedding.

Sharing the story on Reddit, the groom wrote: “I asked him if he was joking and he said no. I told him that he should definitely not do it, as it would be seen as disrespectful to me and my soon-to-be wife. He told me that it ‘seems like a good time’ because they would be together with the rest of his family.

“I was worried at this point, so I warned him that if he kept saying that he would propose AT MY WEDDING, then I would have to uninvite both him and his girlfriend. He said that that was extremely rude.

“I responded that I will allow him to go if he promised not to propose.

“That should’ve been the end of it, but he kept insisting that it would be a good time to propose. I called him and told him that I would seriously uninvite him and take him off the list.

“He said ‘OK fine’ while sighing. I asked him not to bring the engagement ring to the wedding. He said that he would bring it “just in case.”

“When I woke up the next morning, I contacted my wedding venue and asked them to take my brother’s name, along with his girlfriend, off of the list of their table.”

The groom said his parents later called to tell him they were disappointed and demanded that his brother should be re-invited. But the groom has refused to be swayed and he asked Reddit users for advice.