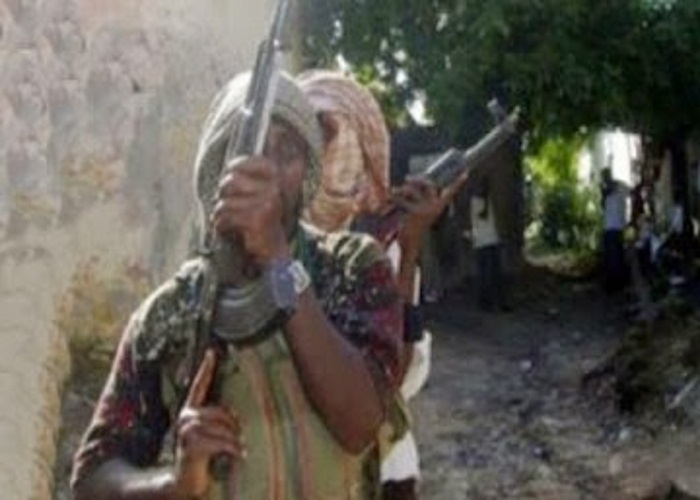 Unknown gunmen have attacked and killed seven members of the family of an ex-cop in the Sabon Layi area of the Barakin Ladi Local Government Area of Plateau State.

The attack was said to have happened between 11pm on Sunday and 12am on Monday.

PUNCH gathered that the former police officer, Lagun Jacobs, lost his parents, his brother, wife and their two children and another relative in the attack.

The incident was said to be a fallout of the clash that started 24 hours earlier when two Fulani travelers were allegedly killed by some youths.

The youth were said to be among those protesting the arrest of two men, who were arrested by soldiers attached to the Special Task Force. The soldiers had responded to an attack on those villages and arrested the two youths, while recovering two AK-47 rifles.

But the women of the area protested and demanded the release of the men, saying that they were members of a vigilance group protecting the village from attack.

State Chairman of Miyetti Allah Cattle Breeders Association of Nigeria (MACBAN), Alhaji Haruna Hussaini, said a Fulani woman and her traveling companion were attacked and killed by a Berom mob on Sunday.

Hussaini also alleged that about seven Fulani settlements were burnt down in Luggere Shaw of Barkin Ladi LGA.

“We heard that the STF arrested two Berom youths, who were planning to attack a community. The Berom women protested against the arrest and then we later heard that some people were burning our settlements. We have reported to the STF Commander, Major-Gen. David Enetie, and he has assured us that the matter will be investigated.”

But Jacobs, who blamed the attack on the Fulani herdsmen, said armed gunmen had attacked Sabon Layi community in Barkin Ladi around 12.45am.

Chairman of Barkin Ladi LGA, Emmanuel Loman, on Monday said the attack started around 11pm on Sunday and seven members of a family were killed.

“The attack by the Fulanis started since last week in some villages and continued again yesterday (Sunday) around 11pm when Baba Jacob and seven members of his family were attacked by the same Fulanis.”

Loman said he had informed the authorities concern to take action on the behaviour of some of the STF members in the Barkin Ladi LGA, saying the attackers were well known to them.

Executive Director of a non-governmental organisation, Stefanos Foundation, Mr. Mark Lipdo, said one member of the family survived the attack and was being treated at a hospital.

The Police Public Relations Officer, DSP Emmanuel Abuh, however, said that six people were killed while the seventh was undergoing treatment.

STF spokesman, Capt. Ikedichi Iweha, while defending arrest of the youths, said that no law allows anybody to be handling AK-47.

Iweha called on the people to allow security agencies discharge their duties by giving timely and useful information security agents.