Have You Ever Thought of Why Men Cheat? Here are 8 Major Reasons 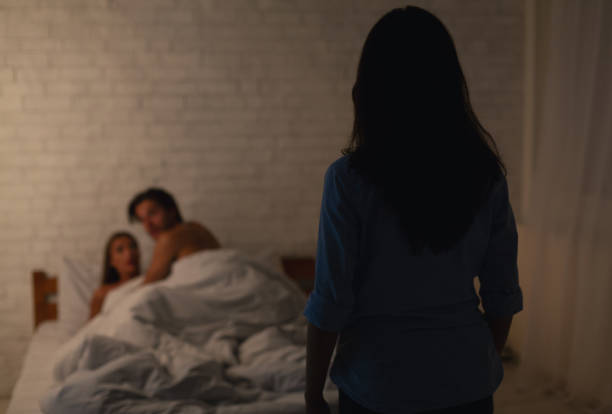 Cheating has become a major issue in most marriages. Oftentimes, it leads to a great misunderstanding between couples and in severe cases may lead to a divorce. The popular phrase “all men cheat” although cliché has served as a perfect response for men when caught cheating. When a woman finds out her husband has cheated on her, accompanied by sadness, anger and frustration is the question “why?” Here are 8 common reasons why men cheat on their wives and girlfriends.

It is assumed that being married is also being in love and being romantic. Unfortunately, some women believe that their husbands should be the only romantics in the relationship and they need not be romantic with them in return.

Because of this, some men just get tired of being the only ones trying to create romance, and they go out to find him somewhere else. Women should know that marriage takes two to work. You should also try and create romance.

Men don’t just have physical needs. Just like women, they need love too. They want to feel wanted and cared for. They want to feel that the wife misses him when he walks away. When men do not feel loved, some choose to leave their marriages and find love in someone else.

Love your husband and show him you care for him. Don’t just say it, do it. Words of affirmation are great but it is not always helpful. Most times the phrase ‘action speaks louder down words’ come to play. Act more than you speak.

Intimacy is not only needed when you are trying to win a man’s heart. It is also needed when you two finally become one. This is a cliché, but it is true. Many men marry in the expectation of having wonderful intimate relationships with their wives. But they may find that their sex life is scarce – or non-existent.

Because intimacy is an important part of being human, some men seek outside their marriages to satisfy this need. You need to always be there for your husband and satisfy his sexual needs. Never use sex starvation as a punishment for your husband’s misdeeds, you are only pushing him away.

Life happens. We can never be so sure of what will happen in the coming years despite the plans and hopes. Some men, as they get older, may realize that they are not as happy in their lives as they would like to be and make drastic changes. They start having an affair.

The truth is, it may not always be because they fell out of love or are sex-starved, some men suddenly enjoy having an affair with someone else. Some realize that their wives are not as great as the envisaged, thus look for someone to complement them.

Different communication channels; TV, radio, social media, and internet adversely influence the attitudes of men. As the boys grow up, they watch TV shows that show that the “real guy” has all the girls. They see the handsome guy at school being pampered and always having a beautiful girl by his side.

As a result, many men believe that to be real men, they have to be able to have more than one girl. They continually try to restrain themselves so as not to flirt. But when men hold on for a long time, they eventually let go and infidelity happens.

6. Tired of the Same Old Routine

In some cases, doing the same thing time and again can be super boring and exhausting. Human beings need novelty. They need to move constantly and grow. Unfortunately, many times in life, people find themselves bored and without challenges in life – tired of the same old routine.

Some men leave their routines in search of extra novelty and excitement. They feel doing the same things with the same person is boring, thus they need a new spice. This is saddening especially for the female folks because most times both parties promised to stick with each other forever.

Some men cheat because they are dissatisfied with things the wife does. They are dissatisfied with their foods, sex life, career, and more. Some men do not like the fact that their wives do not get to spend enough time with them probably because of their career. Because of this, they are on the lookout for someone else who can give them all the time, attention, and comfort they desire. Someone who can fix their needs and give them a sense of belonging.

Did your husband’s parents cheat on each other? Did your husband grow up believing that all men cheat? Numerous things can influence our behaviors and decisions in life. Some men grew up in homes where both parents cheat or have an open relationship. Because of this, they feel it is normal to have more than one partner, just like their parents did. For some, there circle of friends or colleagues at work cheats. They go on discussing their many sexual experiences and satisfaction and go ahead to convince others to try.

While many men blamed their wives for their actions, they must understand that they also have a role to play in their weak marriage. He could have exploited a host of options available to rekindle the fire of love and save his marriage. Both couples play a part in saving their marriage and none regardless of the excuses should bear the weight of the marriage alone.